You are here: Home » How To Be Happy » Social Happiness

7 Ways To Heal People-Pleasing (With Examples And Tips) 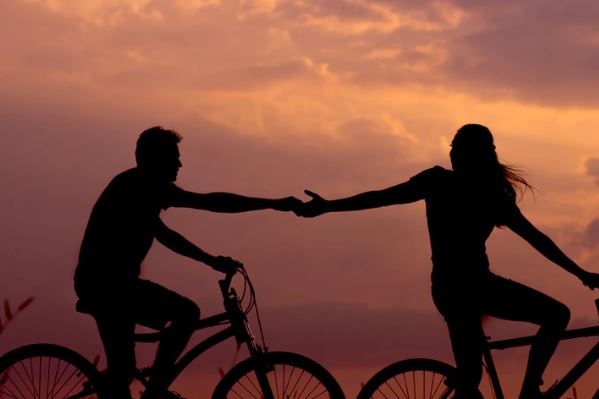 It’s nice to be nice. Things like dog sitting for a friend and picking up someone’s shift at work can raise your social score by making you look helpful and dependable, and they can make you feel better about yourself, too. But what if being nice comes at the price of your own well-being? What if you’re so busy being nice to others that you forget to be nice to yourself?

“Put on your own oxygen mask before assisting others.” If you’ve been on a plane, you will have heard this, and I want you to know that the same logic applies in other situations as well. You can’t take care of others if you don’t take care of yourself, yet some people often find themselves bending over backwards for others when they should listen to the wisdom of flight attendants.

If you feel that this applies to you, that you’re too nice for your own good, then I’ve got some good news: you don’t have to be nice all the time. In this article, we will take a closer look at what people-pleasing is and I’ll show you 7 cures to help you stop overextending yourself to help others.

In psychological research, people-pleasing is called sociotropy. Sociotropic people – or “people-pleasers” as they’re more colloquially known – need social acceptance and reassurance, which means that they spend a lot of time pleasing and nurturing others to gain that acceptance. Sociotropy is often characterized as the opposite of autonomy or independence.

Overall, people-pleasers can be described as nice people, who like to make others comfortable. Some people-pleasers are so nice, in fact, that they will eat more and match their eating to their peers to avoid making them feel uncomfortable, as reported in a study by Julie Exline and colleagues.

Another study by Julie Exline and Anne Zell showed that sociotropic people worry that by outperforming others, they are making people feel hurt and envious. Because of that, people-pleasers may deliberately underperform to avoid the social consequences of doing better than others.

The need to be accepted may show itself in other ways as well (you may recognize these examples yourself):

So if you find yourself filling your calendar with events you don’t want to go to or if your family thinks you adore chocolate when you’re just too polite to correct them, you may be a people-pleaser. There’s nothing wrong with being nice, as long as you’re not being too nice. Why? Because people-pleasing does have it’s downsides.

Why should you stop being a people pleaser?

Research on sociotropy has shown that sociotropic people have a higher risk of depression and social anxiety disorder. Although overly helpful and nurturing towards non-close others like neighbors and coworkers, Toru Sato and Doug McCann found that sociotropic people can be vindictive towards people close to them like family and friends, which can cause problems in close relationships.

People pleasers are constantly suppressing their own desires and opinions in order to make others happy. Happiness should breed happiness, but in this case, their pursuit to satisfy others leaves people-pleasers’ own needs unsatisfied, which only breeds resentment and anger.

Imagine that you’re tired or hungry (meaning that your basic needs are unmet) and your significant other asks you to go to the store that’s right around the corner to pick up bread because (s)he forgot. The trip would take you only 10 minutes and normally, this wouldn’t be a big deal. But how would you react if you hadn’t eaten for 8 hours or you were falling asleep on your feet? Probably with a passive-aggressive comment about getting their own damn bread.

That’s what life is like for people-pleasers, only chances are that they don’t even utter the passive-aggressive comments unless their needs have gone unfulfilled for a long time and the resentment has settled in deep. And after all that, they will still get the bread.

Besides suppressing their true self and letting negative emotions fester, people-pleasers are also at risk of burnout, because they tend to take on too many responsibilities. Part of it is because they don’t say no when someone asks them a favor, but sociotropic people are also more likely to volunteer to pick up tasks no one else wants.

They end up with too much on their plate and too little time for themselves. This is the perfect recipe for burnout.

Before we look at some ways to stop being a people pleaser, I’d like to say this: this change doesn’t mean that you have to do a complete 180. It seems to me that for a lot of people, there are two extremes: people-pleasing doormats and selfish narcissists.

That is definitely not the case: you can put your own needs first without being selfish.

Think back to the very start of the article and remember the wisdom of flight attendants: put on your own oxygen mask before assisting others, because without your own oxygen supply (read: self-care), you cannot help others.

Now that that’s out of the way, here are 7 methods to cure your excessive people-pleasing behavior.

1. Take a look inside yourself

Many people-pleasers don’t think they’re people pleasers – rather, they are nice, kind and helpful people. They can’t or don’t want to see the difference between “doing what everyone would do” and overextending themselves.

If you’re not quite sure if you’re doing too much or just enough, look inside yourself and listen to your inner voice. When someone makes a request, do you agree enthusiastically or reluctantly? If you’re reluctant, then why do you agree at all? Learn to listen to your real thoughts and feelings and let them be a guide to your actions instead of the need to be liked.

Learning to say no doesn’t mean that you have to decline every offer. If you’re used to saying yes, then it’s better to start small and say no to little things with no consequences. It’s also easier to start by saying no to people with whom you have a close and comfortable relationship or complete strangers. It’s the people in the middle of the spectrum – neighbors, coworkers, acquaintances – that are tricky.

If you learn to say no to these relatively small things, then you can slowly move on to bigger things, like declining extra tasks from your boss.

If your impulse is to say yes to everything, then it’s a good idea to buy yourself some time before giving your answer. Introduce phrases like “Can I get back to you on that?” and “I’ll need to think about it” to your vocabulary.

Sometimes you’ll really need the time to figure out if you have the resources to help at that moment, but other times, you can just use the time to prepare yourself for saying no.

If you’re prone to overextending yourself, make “no” your default answer for requests needing an immediate response.

I’ve noticed that saying yes is easier because it doesn’t require an explanation. Neither does saying no, but we still tend to think we can’t say no without explaining it.

Next time you say no, resist the urge to explain yourself. Don’t go on a tirade about how tired and busy you are, even if it’s true. Instead, politely say no, and leave it at that. When pressed for an explanation, just say that you cannot do that right now.

Here are some useful phrases to remember for the next time you want to say no:

Use that last one sparingly and only for those projects that you’d genuinely like to be a part of, but can’t right now because you’ve got too much on your plate already.

If you know your time management techniques, then this part will be familiar to you. Take a critical look at your life. Do you dedicate more time to other people than yourself? Have you neglected self-care, because you’re just too busy taking care of others? If the answer is yes, then it’s time to re-evaluate your priorities.

“You can’t pour from an empty cup.”

Make time for self-care each day and do not sacrifice that time to help others. Remember the analogy of the oxygen masks. You can only help someone else when you’ve helped yourself first. Nobody will take responsibility for your own happiness but yourself. Similarly, you are not responsible for the happiness of others.

6. Learn to resolve conflicts instead of avoiding them

People may be angry or disappointed in you when you say no, especially if they’re used to you saying yes. Emotions, even negative ones, are a natural part of human relationships. A good relationship isn’t necessarily one without conflict, but rather one where conflicts are resolved.

“It isn’t your job and responsibility to keep others happy.”

If someone is angry at you or has hurt and insulted you, address the issue. State the issue and your feelings about it and let the other person have their say. Use “I” statements and avoid making assumptions about how the other person might feel.

For example: “I didn’t like how you made the decision without discussing it with me first.” or “I can see that you are angry with me. You were counting on me to come along with your plan and I didn’t.”

If you are pro-active in resolving conflict, you’ll notice how it can improve your mental health. If you’re interested in learning more about how to resolve conflicts by forgiving someone, here’s an entire article on that topic.

If you’ve never stood up for yourself or said no, expressing your true opinions can be scary. However, in order to grow and learn, you’ve got to get out of the comfort zone.

Use the tips outlined above to take your first steps in the discomfort zone. You might feel like you’re letting people down by not tending to their every whim. Over time, that feeling will diminish and disappear, as you grow more confident and less dependent on others approval.

If you’re used to being a people pleaser and bending over backwards to tend to others, then changing your ways might be difficult. However, it’s important to remember that you cannot help others without helping yourself first: if you give too much of yourself then soon there will be nothing left to give. Remember the wisdom of flight attendants and make sure to put the oxygen mask on yourself first before helping others.

What’s your take on this? Are you a people-pleaser and do you recognize these examples? Let me know your experiences in the comments below so we can all learn how to cure people-pleasing behavior!