The Importance Of Assertiveness: Examples And Tips We all encounter situations where we have to be assertive, and depending on the person and the situation, some of us succeed while others fail. That’s because assertive communication can be pretty difficult. But if it’s so difficult, can it be that important?

Yes, it can – and is. Assertive communication has many benefits, from raising self-esteem and well-being, to creating better relationships through allowing people communicate their needs in a calm and respectful way. Assertiveness can make both you and others feel good, as long as you find the right balance and know when to back down and not try to fight fire with fire.

In this article, I’ll take a look at what assertiveness is and why it’s so important, as well as some tips on how to become more assertive.

What is assertiveness – and what it isn’t

Imagine this: it’s late and your neighbor is having a party. You need to be up early for work, but the loud music is not letting you sleep. You know that you should knock on his door and ask him to turn it down.

Take a moment to think about what you would do in this situation.

Most people have encountered situations like this, where they need to assert themselves. It comes naturally to some people, while others struggle with voicing their worries or wants.

Think back on the example and your solution to it. How assertive would you be? If you chose any of the possible solutions I posed, you’re not assertive at all.

Let’s take a deeper look at it. It’s clear that if you try to suffer through, you’re not being assertive. Just knocking on the wall, while it may get the neighbor’s attention, isn’t assertive either, and neither is confronting him angrily and making demands.

One of the most common misconceptions about assertiveness is that it’s synonymous with aggressiveness and confrontation. Actually, it’s the opposite.

Assertiveness means communicating calmly and respectfully, while still maintaining your position or clearly and confidently communicating your needs or worries.

So an assertive solution to the problem in my example would be to knock on the neighbor’s door, calmly explain your problem and ask him to turn the music down.

Why is assertiveness important?

Let’s take the example and reverse it. Imagine that you are the noisy neighbor who’s having a party. How would you feel if your neighbor showed up at your door and angrily demanded you to turn down your music? What if they calmly told you that they need to be up early and asked you to turn the music down so they can sleep?

While you’ll probably turn down your music in either case, the calm request feels better and is more likely to facilitate a good relationship between you and your neighbor.

In fact, that is probably one of the most important benefits of assertiveness: better relationships.

Benefits of being assertive

If you assert yourself, you will feel less frustrated and more in control. One of the most common problems people face in relationships is not voicing their needs and worries in a constructive manner, expecting partners to read their minds instead. This often leads to silent frustration and eventually an angry explosion, when their needs are not met.

Being on the receiving end of assertive communication is nice, too. It helps you take others’ wishes into account while feeling respected.

Assertiveness can also be beneficial for personal growth and well-being – which, in turn, also promotes better relationships.

Similar results were reported in a 2010 study, where assertiveness training had a significant effect on high school students’ well-being, as well as math scores. As someone who struggled with math all through high school, I wish I’d discovered assertiveness earlier.

The importance of being assertive at work

There is evidence that assertiveness has its benefits in the workplace, too – but only if you know when and how to use it. A 2017 article reports that both being too assertive and not assertive enough can be problematic, but a certain amount of assertiveness is important.

Something that I have found in my work is that assertive communication requires people to work through their emotions more deeply. If you’re suppressing your emotions until you’re ready to explode, you’re not actively working on them.

Assertive communication, however, requires you to put your feelings and needs into words, which makes you look at them on a very different level.

Think back on the example from before and imagine that you’re going to assertively tell your neighbor to turn down his music. What emotions and thoughts would you experience? Would the emotions become more or less intense?

The answer might be different for everyone, but I know that my initial frustration and anger will diminish as I’m putting together my message. I have been in a situation like this and in the moment, figuring out how to tell my neighbor that his music was too loud actually helped to calm me.

How to be more assertive

Every now and then, I am asked to teach a middle school social skills class. There, I usually use the 3-part model of assertive communication, because it’s the simplest, and I find that it works just as well with high schoolers and adults. The model looks like this:

For example, the assertive message to a noisy neighbor might look something like this: “Your music is very loud and it’s not letting me sleep. I have to be up early for work and this makes me frustrated.”

You can also add the expected behavior: “Please turn down your music.”

This may sound a little clunky and unnatural, but having a structure helps to make sure your message is clear and non-judgmental, especially if you’re just beginning to assert yourself.

The main way to be more assertive is to change your communication style and behavior. But there are a few supportive steps you can take as well.

1. Make the decision to be assertive

Assertiveness doesn’t just happen, especially if you’ve been aggressive or passive in your communication thus far. Assertiveness is an active and conscious choice that you have to make.

A part of being assertive is respecting others and treating them as equals.

The most important tool for this is active listening, which means paying conscious attention to what others are saying, asking questions and clarifications, and showing your interest with verbal and non-verbal signs (like nodding or eye contact)

A good guide to active listening can be found on Very Well Mind.

…not to everything, of course.

Generally, however, the people who have the most trouble with being assertive are the same ones who have trouble saying “no”. It’s often easier to respond to others than it is to initiate communication. If you find yourself stuck in people-pleasing ways, the easiest way to become more assertive is to practice declining offers.

Although assertiveness is generally a good thing, it’s also useful to know when to surrender and when to fight.

Sometimes it pays to surrender and try again later after the other person has had time to calm down.

Assertiveness is an important skill to develop and can be a great tool, as long as you know when to use it. It can boost self-esteem and well-being, lower anxiety, and help you fulfill your needs. The most important benefit, however, is creating better relationships through calm, respectful communication. It can take some practice, but it will be worth it – even if you just use it to convince your neighbors to be less noisy.

What did I miss? Do you have any experiences that you want to share? Maybe a personal tip on how to be more assertive that has worked for you? I would love to hear about it in the comments below! 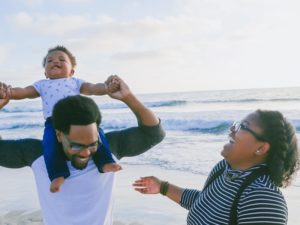 25 Ways To Make Someone Happy (And Smiling!)

25 Ways To Make Someone Happy (And Smiling!)

What situations make you feel terrible? We will g