How To Be Less Selfish (But Still Enough To Be Happy) 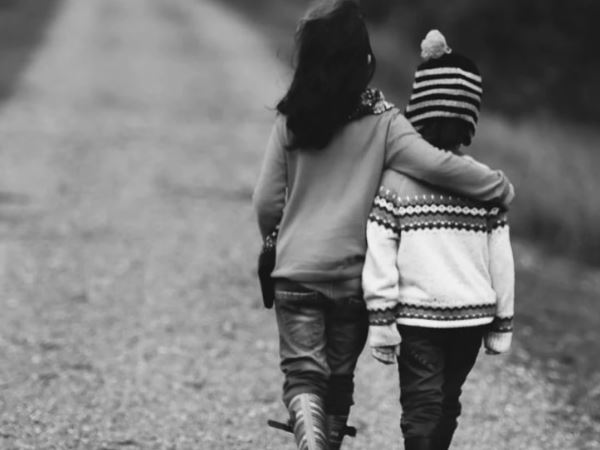 In fairytales, it’s always the selfish step-sister who gets punished in the end, while the selfless and kind heroine is rewarded. We are taught early on that selfishness is bad. But at the same time, selfish people – the step-sisters – seem to have a lot more fun. So why not be a little selfish?

Like all things in life, being selfish has its perks and its drawbacks. While nobody wants to be selfish, the general consensus seems to be that it’s okay to be a little selfish sometimes. In fact, you actually need to be selfish sometimes. But the right amount of selfishness is very hard to define. Besides, selfishness is in the eye of the beholder. But what if you find yourself wanting to be a little less selfish?

There are some easy fixes for that. In this article, I’ll be looking at different kinds of selfishness and showing you 7 tips on how to be less selfish.

Selfishness is often defined as caring only for oneself and being concerned primarily with one’s own interests, benefits and welfare, regardless of others. Selfish people think first and foremost of themselves and rarely of others.

All people are selfish to some extent, some more so than others, and that’s completely natural. In times of crisis, it’s everyone’s first instinct to protect themselves first and others second. Protecting our kin also comes from the arguably selfish desire to ensure that our genes are passed on (for more on this topic, I recommend Richard Dawkins’ classic The Selfish Gene).

We also have a number of cognitive biases working against us – or for us, depending on how you look at it – that make us a little more selfish.

The purpose of these biases is to protect and maintain our self-esteem, but they can have the side-effect of making us more selfish.

Being selfish isn’t always a negative thing. As John A. Johnson, a professor of psychology at the Pennsylvania State University, explains: selfishness can be good, bad, or neutral.

Bad selfishness is behavior that is bad for both the selfish person and other people who suffer from that behavior. An example of this would be emotional manipulation: although it may be beneficial at first for the selfish person, the people being exploited may seek revenge later.

Neutral selfishness is behavior that benefits you but doesn’t affect anyone else to a significant degree. For example, mundane acts of self-care like taking a long bath or getting a haircut make you feel better, but they probably don’t affect other people that much. Unless your long bath is stopping your flatmate from using the bathroom, of course, but even then, it’s mostly inconsequential.

Good selfishness is behavior that benefits both you and other people. For example, our selfishness is often expressed in wants and needs. So if you really like and want my vintage copy of The Bell Jar and I really want your vinyl of Goodbye Yellow Brick Road, and neither of us minds making the swap, we have both gained from our selfishness.

An interesting example of good selfishness would also be the green/environmental movement. Cutting down on your use of plastic or reducing your waste are ultimately selfish behaviors targeted at keeping the planet habitable for ourselves and our children, but they’re something everyone benefits from.

When people talk about selfishness, they talk about the bad kind of selfishness. The opposite of that – selflessness – is often held as an ideal. However, selflessness isn’t always good, as putting your own needs last can be the perfect recipe for burnout (have a look at how people-pleasing can affect your happiness).

Instead, practicing the neutral and good kinds of selfishness can be beneficial for both you and others.

Why you shouldn’t be selfish

However, we cannot ignore the common definition of selfishness entirely. While some types of selfishness are fine and good, only thinking of yourself can be bad for you.

In their review of literature, Jennifer Crocker and her colleagues reported that people with selfish motivations have poorer quality relationships because they provide low levels or the wrong kind of support to their partner.

Nobody likes a person who only thinks about himself, so having poor and degrading relationships, as a result, is not a surprising outcome. But there are other downsides to selfishness as well. For example, selfishness is also linked to poor psychological well-being as well as physical health, as narcissistic people, who are selfishly motivated, often engage in risky health behaviors.

On the other hand, people who have otherish motivations – as in, they seek to benefit others – have better relationships and higher psychological well-being. They are caring and nurturing in relationships, which creates greater closeness and makes for a happy partner. A stable and happy relationship is a huge contributor to overall well-being. The old adage is true: happy wife, happy life.

It has also been found that people who are community-oriented experience more positive emotions, as reported by Bonnie M. Le and colleagues. Positive emotions also contribute to general well-being.

As stated before, you shouldn’t be entirely dedicated to others, but a little less selfishness can go a long way and paradoxically boost your psychological and physical well-being, not to mention relationship quality!

How to be less selfish

So how do you go about being less selfish? Here are 7 easy ways to move away from selfishness and towards otherishness.

You have probably been in this situation before: someone else is talking, but instead of listening, you’re thinking about what you’re going to say next. This is completely normal, but if you want to be less selfish, you need to learn how to listen.

As a psychologist, active listening techniques are my most important tools, but you can use them too. Next time you find yourself not fully immersed in a conversation, try some of these tips:

A great way to start thinking more about others is to compliment them. However, the compliment should always be sincere, as people can often tell when it’s not.

It’s natural to think about yourself more than you think of others, but the next time you’re at work, instead of worrying about your own work, try noticing the work of others and compliment them on it. If you think someone’s knocked it out of the park with a presentation, tell them so.

While it won’t erase them completely, recognizing your own biases can help you be a little less selfish.

Next time you’re berating someone for being rude, take a moment to think about it. Your first instinct is to think that they are simply a rude person, but what if they’re just having a bad day? Realize that your first thought may not be true and your first assumption is rarely accurate.

You know how it goes: trying to decide where to eat with a group is a hassle and someone has to take the reigns and make the decision. But if you’re always the one who picks the restaurant, consider taking a step back and letting others decide for a change.

If you’re someone who likes being in control of things, this will be difficult, but learning to trust others is an important step on the way of becoming less selfish.

On a certain level, children are expected to be more selfish than their parents. More often than not, we are accustomed to our parents taking the initiative that we forget that the relationship goes both ways. It’s so easy to take your relationship with your parents for granted, and giving them a call regularly or dropping by for a visit can go a long way.

Of course, every family dynamic is different and if your relationship with your parents is not healthy, this step may not be for you. For most of us, however, deepening the relationship can make us less selfish and our parents happy, which in turn will make us happier. Win-win.

Giving tends to make people happy. When giving – including caregiving – is not too burdensome, it promotes our well-being, as reported by Crocker and colleagues. Giving also makes us less selfish.

If you have spare income, consider setting up a recurring donation to your favorite charity, or making a one-time donation.

If you have spare time, volunteer for a cause you believe in. Whether it’s helping out at a soup kitchen or a dog shelter, devoting a little of your time to helping others will help you to focus less on yourself.

You can also check in with your neighbors or friends and see if they need any help. Perhaps the idea of helping your elderly neighbor do her shopping isn’t too appealing at first, but the benefits might outweigh the discomfort.

7. Clean up after yourself and others

Last week, I walked past the same discarded coffee cup on my way to work day after day. It took me three days to pick it up and take it to the bin down the road because at first, I thought it was someone else’s problem.

You probably have a similar story of your own. Nobody wants to be the loser cleaning up after others, but why? It’s probably the easiest way to set your selfish motivations aside and give to your community by creating a cleaner environment.

The simplest way is to do what I did and pick up the trash you see on your way. But if you want to go further with this, you can try plogging – picking up trash while jogging.

Humans are programmed to be selfish and a little selfishness can be good, but there can be too much of a good thing. Being selfish can have a negative effect on your well-being and even health, so picking up some otherish motivations can do you good. Try out some of these tips to become less selfish and both you and others may be reaping benefits before you can say Mississippi! 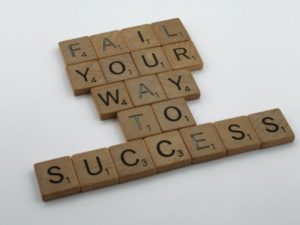 Happiness Activity Ideas: Science-Backed Activities To Up Your Happiness

How To Beat Imposter Syndrome (And Be Happy Instead)