4 Tips to Practice Forgiveness Daily (and Why It's So Important)

They say that not forgiving is like drinking rat poison and then waiting for the rat to die. This quote is a great analogy for how not being able to forgive can impact our mental health. When you hold on to resentment, you will only hurt yourself. That's why it's important to practice forgiveness every day.

Forgiveness, in its simplest definition, is an act of mending strained relationships brought about by perceived wrongdoing. But besides forgiving others, we should also practice self-forgiveness.

This article covers what you need to know in order to practice forgiveness and become a happier person as a result.

Both forgiving others and self-forgiveness are equally important and can significantly contribute to well-being.

Forgiveness is also a hallmark of great cognitive control, but more on that later. First, let us look at the two types of forgiveness we encounter.

Making mistakes is a part of being human.

Nobody expects us to be perfect all the time. In all the different roles we play (e.g. parent, friend, partner, colleague, and child), there are different sets of expectations that we are sometimes unable to fulfill.

It is normal to feel terrible about the mistakes we make, but it is also important to remember that if we are truly remorseful and we want to improve ourselves, holding ourselves accountable is not enough.

In order to allow for growth, we must also learn to forgive ourselves.

Forgiving others in order to heal depends on the person’s perception of healing. For some, it is important because it symbolizes letting go of the hurt and resentment that's living rent-free in their minds.

On the other hand, some people associate forgiveness with absolution from the hurtful actions inflicted upon them.

It is understandable that asking for forgiveness can be a difficult endeavor for some. It can be seen as a blow to one’s ego because forgiveness is essentially an acknowledgment that there was pain inflicted.

Near the end of my relationship with my ex, we exchange some very hurtful words with each other.

We knew these words could damage and invalidate the self-concept we worked so hard on improving.

To cut a long story short, it took a while for me to say, “I forgive you” and really mean it. Mainly because I did not get an apology in the first place.

It also took quite a while to forgive myself for hurting him too. I found it difficult to live with the knowledge that I was capable of inflicting such pain. After all, I have always been taught to take the high road and turn the other cheek.

The act of forgiveness is nearly universal to all cultures and religions. It is seen as a socially acceptable act.  The Science Of Forgiveness defines forgiveness as:

A significant change in a person’s psychology, whether it be on an emotional or a behavioral level, toward someone who has hurt them. Specifically, forgiveness is an altruistic decision that relinquishes thoughts of vengeance, avoidance, and guilt by replacing feelings of anger, betrayal, fear, and hurt with prosocial emotions.

The effects of forgiveness are described as follows:

With time, forgiveness may offer inner peace between the mistreated person and the transgressor, which can have a wide range of physical and psychological benefits.

There have been several studies dedicated to forgiveness that highlight not only its social acceptability but also its positive effects.

The positive effects of forgiving

This study shows that practicing forgiveness is correlated with higher life satisfaction among adults.

In short, the more we choose to forgive, the more satisfied we can be with our lives. It also brings about higher levels of well-being, due to the fact that the more nonviolent feelings we have towards our transgressors, the better we feel.

Practicing forgiveness is also a good coping strategy for negative peer experiences that can be taught among adolescents. Choosing to forgive helps instill the concept that the only person that can control how they perceive them is themselves.

Long story short, the positive effects of forgiving are:

4 ways to practice forgiveness every day

Forgiving is a mental and emotional workout. But as a result, it becomes easier to ignore feelings of resentment, retaliation, or self-loathing.

Here are 4 ways to practice forgiveness every day

Whenever we do something hurtful or bad, we can always justify our actions because we understand the reasons behind them. Since we know why we do the things we do, we usually find it easier to forgive ourselves compared to forgiving others.

That’s because it’s difficult for us to put ourselves in another person’s shoes. Exercising empathy is the first step to practicing forgiveness every day.

Knowing that not everyone is perfect all the time allows us to cut them some slack.

This does not mean that you have to excuse their bad behavior. This concept is more related to the previous tip. When we manage our expectations towards other people, we will find it easier to forgive them when they let us down.

Not every transgression deserves a reaction. In other words, not every bad or hurtful action requires forgiveness. Some things are just too insignificant to worry about.

For our own peace of mind, some things are better off left alone. By exercising empathy and managing our expectations, we are able to do this more efficiently.

All of these tips will culminate in a mindset change. In order to practice forgiveness more effectively, we must also change our idea of forgiveness.

Try to see forgiveness as an act of kindness we must give to ourselves, not to others. When we see forgiveness from this perspective, we are able to practice forgiveness daily, because we know we are doing it to achieve mental clarity and peace of mind.

We are able to let go of unnecessary mental clutter, leaving more space for positivity and personal development.

Not forgiving is like drinking rat poison and then waiting for the rat to die.

Forgiving someone else has a positive influence on you. When you're able to change your mindset, you'll see how practicing forgiveness daily can really make you a happier person.

We often hold on to anger because we are afraid that if we do, we also forget. However, we can choose to forgive without forgetting the lessons learned from the hurtful experience. Even if it is the more difficult route to take, the happiness that comes from forgiving makes it worth the journey.

What did I miss? Is there anything you would like to add? Maybe a personal example of how you practice forgiveness every day? I'd love to hear from you in the comments below!

Former data analyst. Originally from Honolulu, now traveling the world on a mission to make the most out of life. Media specialist by day, huge classical music nerd, and sudoku solver at night. 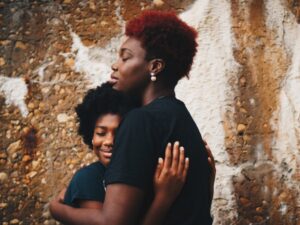 4 Tips to Practice Forgiveness Daily (and Why It's So Important) 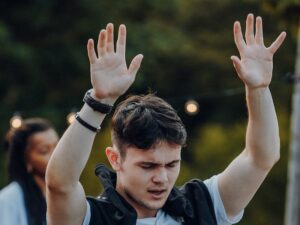 5 Ways to Show Respect to Others (and Why You Should!)
21 Things to be Thankful For Today (With Examples!)