How To Forgive Someone Who Hurt You Emotionally (5 Actionable Steps)

Have you been hurt by someone recently? Whether the hurt was caused intentionally or by accident, you may find it difficult to forgive the person responsible. This may be because you don’t think the person who hurt you deserves forgiveness, or simply because you have no idea where to even begin. Why and how should you forgive someone who has hurt you emotionally?

The answer to this question is simple: Unforgiveness may be bad for your health. Unforgiveness is the negative emotional reaction that is opposed to forgiveness and is often characterized by anger, frustration or even fear. And like all prolonged stress, it will mess with your health. Forgiveness, on the other hand, seems to promote a happier and healthier state both psychologically and physically.

But that is just the tip of the forgiveness iceberg. In this article, I will bring you examples of what makes forgiveness so great, and more importantly, show you ways how to forgive someone who has hurt you emotionally.

Unforgiveness is the negative emotional reaction that is opposed to forgiveness and is often characterized by anger, frustration or even fear. In his book Forgiveness and Reconciliation: Theory and Application, Everett L. Worthington, Jr. likens unforgiveness to a stress reaction and like all prolonged stress, it will mess with your health.

Everett L. Worthington, Jr. is a clinical psychologist and probably the world’s leading specialist on forgiveness. He has researched the topic for decades. In an article co-authored with Michael Scherer, he makes the distinction between decisional and emotional forgiveness.

As mentioned before, forgiveness seems to be good for your physical and mental well-being. Different researchers have found forgiveness to have the following health benefits:

How to forgive someone in 5 steps

Clearly, forgiveness seems to be a good thing with several benefits. But how do you go about forgiving someone who has hurt you emotionally?

For example, a close friend of mine had a hard time getting over a rough breakup. It’s generally accepted that time heals all wounds, but hers just didn’t seem to heal at all. She didn’t start to heal until she realized that she had been picking open her proverbial wound again and again by latching onto the hurt that her ex had caused her and letting the anger hurt her even more. By making the decision to forgive, she was finally on the road to recovery.

Science backs this up, too. In their study, Davis and colleagues found that the decision to forgive was correlated with greater forgiveness and happiness down the road.

2. Take your time and lower your expectation

The decision to forgive may come with a set of expectations for yourself. You may think that the negative emotions will disappear by the end of the week or that you will be able to have a conversation with the person who hurt you without wanting to cry. Most likely that is not the case, because the decision to forgive is only the first step. Do not set yourself arbitrary deadlines and goals, because you may never meet them. Instead, take your time and follow the road, and you will end up in the right place.

The decision to forgive may take time, too. Maybe you’re reading this article because of a recent argument and you think you’re ready to forgive. That may be the case, but maybe you need some more time to properly feel and work through the anger and hurt. Trust yourself – if forgiveness doesn’t feel right at this moment, then it probably isn’t.

3. Forgive for yourself, not for others

If you’re reading this article because your friends and loved ones tell you it’s time to let go of something, then bookmark the page and come back when you feel that the time is right. This is closely related to the previous point, but also one of the golden rules of forgiveness – you should always forgive for your own sake, not someone else’s.

Forgive because you want to move on and feel better, not because the person who hurt you deserves it or because people close to you think you should do it.

Think back to when you were a child and you had a conflict with another kid. More often than not, parents and teachers made one of you apologize and the other accept the apology, but did either of you really mean it? Every time I was made to accept an apology in front of someone, the insincerity hurt me more than the hurtful event itself, and I imagine that I am not alone in this.

4. Emphasize with the person who hurt you emotionally

If you have been hurt, the following utterance may be quite familiar to you: “I don’t understand how they could do something like this to me! What kind of person would do this to someone? I hate them!”

We are usually negatively minded towards what we don’t understand. Thus, forgiveness may be aided by trying to put yourself in the other person’s shoes for a moment. That does not mean that you should seek to justify the actions that hurt you. Rather, try to see where the actions might have come from.

Keep in mind that even if you can understand the other person’s behavior towards you, it does not mean that you don’t have the right to be hurt anymore. Understanding does not mean forgiving right away, but it can be a powerful tool on the road to forgiveness. It requires some conscious effort, but in a conflict, I always try to see where the other party is coming from. Occasionally, this practice helps to protect me from getting my feelings hurt, thus preventing the need for forgiveness.

5. Put your feelings into words

The time is right, you have made the decision to proactively be forgiving, you have empathized… But you still feel angry, hurt and frustrated? Talking or writing about it might help. If you just need a friendly ear, then talk to your friends or loved ones. If you feel that you would prefer a more structured approach or professional insight, look into counseling opportunities near you.

If you feel that talking about your experience is impossible, you can try writing a letter. Research has shown that expressive writing with empathy and understanding in mind can promote forgiveness, and it is a common therapeutic technique.

At home, you can just sit down with a pen and a piece of paper and write down everything that comes to mind related to the hurtful event. You can start by writing down what happened and how you felt about it, or you can write down how you think the person who hurt you feels or why they acted that way. You don’t have to send the letter to the person who hurt you – just like forgiveness itself, this letter is just for you. You can leave the letter in a drawer and choose to reread it later, or you can burn it.

And if freeform writing isn’t for you, Therapist Aid has a forgiveness worksheet with prompts and exercises that might help you.

Forgiveness is good for your health because it is all about being good and kind towards yourself. You probably try to minimize other stressors in your life, so why would you hang onto something as stressful as unforgiveness? Of course, like all things worth having, forgiveness isn’t easy to achieve, but with a little work, time and some help from the ideas outlined above, you can learn to let go of the anger and move on to better things.

If you’re struggling to forgive someone who has hurt you emotionally, or if you feel like sharing your journey on the road to forgiveness, I’d love to hear all about it in the comments below. As you get better at understanding forgiveness, you’re guaranteed to better steer your life in a better direction. That’s where happiness and positivity are. 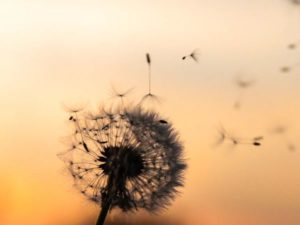 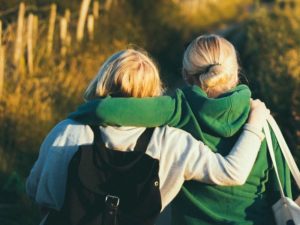 How To Rekindle A Friendship (And Become Happier In The Process) 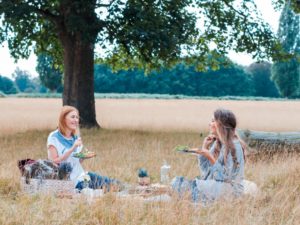 How To Be a Good Friend (And Be Happy As A Result!)

Here’s How Happiness Depends on Your Attitude (Science-based)