Humans are social creatures. Pretty much anyone can name at least 1 friend. A lot of people have more friends. Whether you hang out with them on Saturday evenings or just know that they are there for you, they probably make you happier. But by how much?

It is scientifically proven that having friends makes you happier. How much happier, however, depends on a number of factors, ranging from your personality to the number and nature of your friendships. Quite often, it comes down to quality over quantity, but it’s not always so simple. This article sets out to answer if friends make you happier and how much.

So if you want to improve your happiness by optimizing your social network, keep reading.

What are good friendships?

This is an easy question when it comes to childhood friendships: your friends are your playmates. They’re often kids from your neighborhood, school or kindergarten, and you see each other relatively often. As a kid, your best friends are often the kids you sit together with in class or the kids who live next door.

For adults, good friendships are more difficult to define. For example, I haven’t seen my best friend in over a month, because she lives in another country now. On the other hand, I have developed quite a close relationship with a couple of colleagues from work, who I see almost daily, but I still think of them colleagues, not friends.

So where do you draw the line between friends and acquaintances?

According to psychologist Robert B. Hays, as cited in the Handbook of Personal Relationships, friendship is a “voluntary interdependence between two persons over time, that is intended to facilitate socio-emotional goals of the participants, and may involve varying types and degrees of companionship, intimacy, affection and mutual assistance”.

Or, put shortly: friendship is a supportive relationship between people, but you define the rest.

In addition to being difficult to define, friendships are dynamic and change over time. A best friend may become just a friend, and vice versa, as life goes on. You gain new and lose old friends, and that’s just a part of life.

(I have written about the dissolution and rekindling of old friendships before, so go on and have a read, if you feel that that topic hits close to home right now.)

How do friendships affect our happiness?

In adulthood, the same general rule applies, only instead of fun, friends can mean safety, companionship, help, or many other things. But in general, we can still equate friendship with happiness.

Except when friends hurt or betray us. All interpersonal relationships are occasionally prone to conflicts, and friendships are no exception. Fighting with friends can lower your happiness instead of raising it. Friendships can also be manipulative, which isn’t good for your happiness and well-being either.

Overall, however, friendships have been shown to increase happiness.

Melıkşah Demır is a Turkish psychologist now working at the Northern Arizona University, who has written the book on friendship and happiness – literally. Thanks to his research, we know quite a lot about the relationship between the two.

For example, friendships increase happiness even in introverted people, who may often prefer their own company, as reported by Demır and Lesley A. Weitekamp. In their 2007 study, they found that friendship variables accounted for 58% of the variance in people’s happiness. Their results also revealed that friendship quality predicted happiness, even when the influence of personality characteristics (for example, introversion or extraversion) was taken into account.

And friendship quality really seems to be the key here.

It seems quite logical that higher-quality friendships contribute to our happiness. I know for sure that when I’m in conflict with my closest friends, my happiness level goes down. But thanks to Demir’s research, we know why that might be.

According to a 2010 study published in the Journal of Happiness Studies, the satisfaction of basic psychological needs is the mediator between the quality of friendships and happiness, and this applies to both best friendships and other close friendships.

If I get to spend time and hang out with my friend in different places (companionship), disclose personal issues to this friend and receive some intimate disclosure in return (intimacy), and receive help when needed (support), I will feel more comfortable to act according to my choices (autonomy), feel capable in my actions (competence) and feel loved and cared about (relatedness). All of this will make me a happy, well-adjusted person.

What about the number of friends you have?

The quantity of friendships seems to be less important than quality. While some studies, for example, this one by Noriko Cable and colleagues, have found that a larger social network predicts happiness, others, like this one by Vera L. Buijs and Gert Stulp, found no significant connection between the number of friendships and happiness.

Whether or not the number of friends is a significant predictor in happiness is a contested topic in psychological research, but the importance of having high-quality friendships is universally accepted. So if you really are trying to optimize your happiness, stick with a couple of close friends.

Is there a difference between having online or offline friends?

My teenage years happened to coincide with the rise of computers and the internet, and like most of my peers, I quickly set about making online friends on social networks and Harry Potter fan forums.

Being able to refer to “my friend who lives in France” felt so cool, even if I had never seen that friend and only knew them by their screen name. But I really did and do consider these people on the internet my friends, as do many other people.

But does it matter if your friends are online or offline?

There is also some support to the idea that the number of Facebook friends is related to happiness and subjective well-being, as reported in studies by Jan-Erik Lonnqvist and Fenne Deters, and Junghyun Kim and Jong-Eun Roselyn Lee.

How much do friends make you happier?

That’s a hard question to answer because there are so many variables at play. In fact, it seems to be impossible to measure the increase in your happiness that is solely caused by your friends.

However, we do know that social relationships – including friendships – are a significant predictor of happiness, along with temperament, money, society and culture, and positive thinking styles.

These five factors of happiness or subjective well-being were proposed by Ed Diener, a psychologist who has done a lot of research on the topic, and numerous studies have confirmed them again and again.

Perhaps my answer to this question is a bit of a cop-out, but really, it’s your own answer – which is up to you – that matters.

How much do friends make you happier? There is no certain answer because there are so many variables at play, from the quality of friendships to the nature of them. However, it’s clear that friendships have the capability to make you happier – but how and by how much is up to you.

Do you have anything to add? Do you disagree with this article or do you want to share your personal story? I’d love to read your thoughts in the comments below! 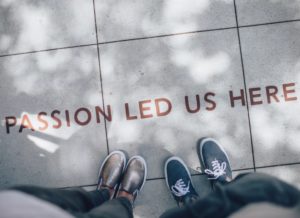 What Is A Purposeful Life? (How-To, Examples + Tips) 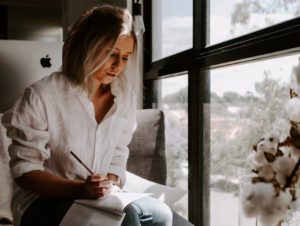 How To Start Journaling? (With Actual Stories And Tips From Journalers) 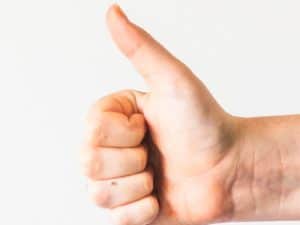 How to Turn Negativity into Positivity (With Examples)