Can Happiness Be Achieved Without Money? (Studies & Examples)

“Money can’t buy happiness.” You’ve probably heard that one a million times. But we can’t deny that financial security makes it easier to be happy. So is the old adage really true? Can you be happy without money?

Not really. While money may not buy happiness, it’s still an important part of life. Financial security allows people to worry less over possible emergencies and provides more opportunities. But at the same time, it’s not the amount of money you have that counts, but rather how you perceive it and what you do with it.

In this article, I’ll take a look at the ways money affects happiness, as well as some tips to achieve happiness with little to no money.

The relationship between happiness and money is very well researched, and for a very good reason. We may praise intellectual pursuits over material ones, but money plays a role in almost every decision we make.

When applying for a job, we look at the salary.

When shopping, we look at the prices.

And while most of the time we’re simply trying to make sure that we have enough to live on, earning more can become a goal and obsession in itself. And for a good reason – more means bring more opportunities.

Looking back on my – admittedly short – life, my unhappiest periods have coincided with the times I was also broke. I say ‘coincided’, because there were other factors that played into my unhappiness, but worrying over money definitely played a role. For example, after the end of a long-term relationship, I was sad because of the breakup, but also distraught and worrying over how I was going to afford moving out with no savings.

It’s also worth mentioning that money isn’t a magical cure-all. I would’ve still mourned the loss of a relationship even if I had the means to move to a mansion on a tropical island. There are things money just can’t buy.

As stated before, there is a lot of research on the topic of money and happiness, so you don’t have to rely on anecdotal evidence from my (or your own) life. Let’s take a look at what science says.

How money affects happiness according to research

There is evidence that money does make people happier.

A British study from 2001 found that people who receive windfalls like winning a lottery or getting an inheritance also experience lower mental stress and report higher happiness in the following year. According to the researchers’ calculations, receiving 50,000 pounds can raise well-being by 0.1 to 0.3 standard deviations, which doesn’t sound like a lot, but the more money people receive, the bigger the rise in happiness.

There is a caveat to this, though. Namely, there is no evidence of long-term effects of windfalls on happiness. While a year may seem like a long time, it’s just a blink in the grand scale of things.

There is also some evidence that it’s not money itself that makes you happy, but rather the opportunities it provides compared to others.

A 2010 study found that absolute income (the amount one earns) has no effect on happiness, but the ranked position of one’s income does. This means that the world’s richest man will always be happier than the second richest.

A study from 2006 found that perceived financial situation and control over life mediated the association between actual wealth and life satisfaction, showing again that it’s not the size of income itself that makes people happier. The study, which used data from 719 pairs of twins from the US, also showed that since wealthier people have to worry less over emergencies, financial resources protect life satisfaction from environmental shocks.

Another way in which money can make people happier is by giving it to others. A 2008 article published in Science reports that spending money on others promotes happiness more than spending money on oneself, and that this effect was long-lasting, because it is intentional.

Happiness is often a conscious choice, so it’s quite logical that consciously and intentionally giving money to a social cause that you care about will provide a longer-lasting boost in happiness than an unexpected windfall.

A 2010 study shows that although money can have some positive effects on happiness, this was undermined by the fact that wealthier people are less able to savor everyday positive emotions and experiences. Appreciating the little things is an important part of happiness, and when we’re stuck in a rut to earn and spend our wealth, it’s hard to notice them.

Can happiness be achieved without money?

That isn’t to say that you can’t be happy with a small income. As the research cited above shows, it’s not the actual size of your income that matters, but rather how it compares to others’ and what you do with it.

If you have enough to cover your basic needs and have some left over for meaningful and satisfying pursuits, you might well be happier than the person who can buy anything, but has no meaning in their life.

Recently, I bought an instant camera. It’s something I’ve always wanted and I happened to have the disposable income for it. Did receiving it make me feel like a kid on Christmas morning? Yes. Is it going to make my life that much happier and meaningful in the long run? No.

What will make me – and you – happier, are good relationships with both family and friends, realistic expectations and meaningful pursuits, among other things. While you can’t disregard the role money plays in society, if your basic needs are provided for, not even a large windfall will make you happy for long.

How to achieve happiness with little money

If you want to find happiness at little to no monetary cost, here are a few easy tips.

Journaling is probably the simplest and cheapest way to boost your happiness. A little introspection is always beneficial and starting a journal will cost you nothing if you already have a notebook or a computer (even the notes app on your phone will do in a pinch!). If not, cheap notebooks can be found in your nearest supermarket.

If you’re looking for a guide on how to get started with journaling, I got you covered.

2. Take care of yourself

Self-care doesn’t have to involve expensive candles and face masks. Self-care can mean going to bed early, just being kind to yourself, or taking care of your body by working out.

Find what works for you and make sure you schedule regular self-care activities.

As cited above, prosocial spending can boost your happiness. If you don’t have any money to give, give time instead. Volunteering has been proven to make you happier, so if you have time to spare, find a cause you’d like to support and let the experience support you.

You can’t buy happiness, but money is an important contributor to one’s overall well-being and happiness, as it provides security. However, the way you perceive your income and what you do with it matters more than the size of your income. When it comes to happiness, you can do a lot with very little.

How Can Happiness Be Defined? [Definition + Examples] 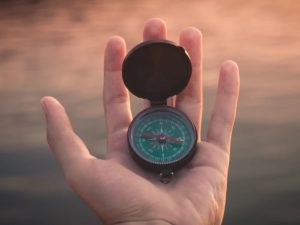 Can Happiness Be Controlled? Yes, Here’s How!