How Much Does Exercising Make You Happier? (Research + Tips)

The answer: it depends (but doesn’t everything?). The exact amount of happiness gained directly from exercise is impossible to calculate, but we know that exercise does make you happier. Leaving aside the physiological effects of hormones and endorphins, the psychological effects of exercise include higher self-esteem and feelings of competence, as well as better sleep.

If you’re itching to go running right now, good! But before you do, stick around for a bit to find out how and by how much exercise can make you happier.

The role of physical exercise in our lives

You’ve probably heard this phrase or its English translation, “a healthy mind in a healthy body”. It’s often used as a motto for sports clubs and I bet that you’ve heard it at least once from your middle school gym teacher.

The saying is so popular because it’s true. Physical health is an integral part of mental health and well-being, and it would be useless to think otherwise.

The World Health Organization recommends that adults aged 18-64 should do at least 150 minutes of moderate-intensity or 75 minutes of vigorous-intensity physical activity throughout the week. That’s 2 and a half hours per week, which isn’t a lot in the grand scheme of things.

Why it’s hard to make a habit of exercising

I don’t think I have to convince you of the general importance of physical activity, either. It’s good to move regularly, and most people are very aware of that. Most of my students, for example, know that they should be working out regularly, and many of them do. But when the going gets tough, exercising is often the first thing that we skip on. After having a rough day, we often prefer an evening of Netflix and chill over a long run outside.

Often, exercising is seen as a vanity project, a non-essential luxury, even though we know that it’s not. Exercise doesn’t only mean working out to become slimmer or fitter or stronger, it means moving for the sake of moving.

People also seem to forget that there are a myriad of ways to move yourself, and just because it’s popular to hit the weight room, it doesn’t mean it’s the only type of workout available.

Another misconception is that a gym membership is necessary to be active. It’s not! Unless you live in the arctic tundra, the outdoors offers numerous ways of keeping fit. There are workouts you can do at home, you just have to find the one that works for your needs and possibilities.

Time is another popular constraint. It’s true that sometimes time gets tight and our schedules get too hectic. I occasionally miss my dance class because I have to make a choice between getting important work done or practicing my pliés. And that’s completely okay. However, barring periods of crisis, we should find the time to exercise every week.

How exercising makes you happier, according to research

So what do you get for those 2 and a half hours you spend exercising?

Let’s get the obvious stuff out of the way first. Regular moderate exercise lowers blood pressure and cholesterol levels, reduces your risk of heart attack, and helps you recover from illnesses quicker.

The keywords here are, of course, regular and moderate. There is no point in over-training once a month, hoping that it will make up for all the gym sessions you skipped. As professor Michael Gleeson from Loughborough University explains, too strenuous exercise can weaken immune resistance instead of strengthening it.

Moderate exercise also promotes sleep quality, as reported in a systematic review of previous findings by Feifei Wang and Szilvia Boros, and buffers the negative effects of stress in students during academic examination periods, as found by Kathrin Wunsch and colleagues.

According to a large review article from the researchers of the University of Naples, other scientifically-proven benefits of exercise include:

It seems pretty logical that you’re happier when you’re physically and mentally healthy, sleeping well and emotionally stable. In fact, many people would say that this is what happiness is all about.

So exercise is a double-edged sword, in that it influences our happiness by decreasing negative feelings and increasing positive ones.

Exercise can also have a fairly straightforward effect on happiness. Remember the quote from Elle Woods: “Exercise gives you endorphins, endorphins make you happy.”

It’s as simple as that.

How much exercise do you need to be happier?

Researchers from the University of Michigan may have the answer.

In their 2018 review, Zhanjia Zhang and Weiyun Chen analyzed the results of 23 studies published between 1980 and 2017 focusing on the relationship between exercise and happiness.

They found that there is a significant increase in happiness even if you just exercise 1 day a week and that even 10 minutes may be enough to make you happier.

There aren’t any differences between different types of exercise, either. As long as you do something active at least once a week, especially if it’s something you enjoy, your happiness level will increase.

How to maximize your happiness by exercise

It’s clear that exercise makes you happier, but it’s difficult to say by how much. Most likely it depends on the type of exercise, the time you spend exercising, your previous experiences and many other factors.

But even so, it’s possible to get the most happiness out of your workout by following a few simple tips.

Moderate exercise is where it’s at. Don’t try to run a marathon if your exercise history is patchy at best and non-existent at worst.

Start small – one day a week, then two, then three, and so on. You will reap the benefits and with each small success, your confidence and motivation will grow.

2. Choose your favorite form of exercise for maximum happiness

You don’t have to pump iron if you’d rather dance. For maximum happiness, choose the type of exercise that you actually like.

There are so many different workouts to choose from – from dancing to duathlons, running to rugby, basketball to boxing, you should be able to find something that works for you.

A good workout is something you can stick to. If you decide to start working out or raise the intensity, make sure that you have the time and energy to stick to your new plan.

While short bursts of exercise will definitely give you some endorphins and lift your mood for a day, the key to a healthier and happier life is to be consistent with your workouts.

Along with sleeping and eating, physical exercise forms the basis upon which we can build everything else. Keeping active is an integral part of our happiness and just once a week may be enough to boost your happiness levels. It’s up to debate how much can exercise make you happier, but we know it does make you happier – the odds aren’t exact, but they still look pretty good. What have you got to lose?

Feel free to share your thoughts on this article in the comments below! Have you found a form of exercising that makes you happy? I’d love to hear all about it! 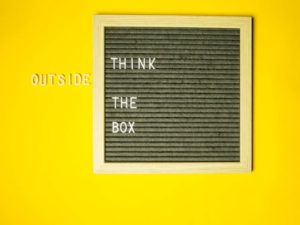 Here’s How To Keep An Open Mind (& How It Will Benefit You!) 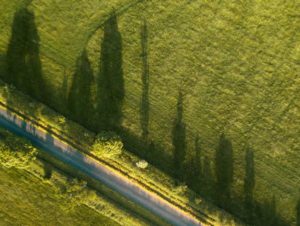 I Am Not Happy With My Life – 11 Actionable Remedies 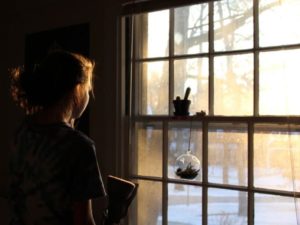