3 Strategies to Keep an Open Mind (and 3 Important Benefits)

Most people like to think of themselves as open-minded. And to an extent, most people are, but many of us are not as open-minded as we think we are. And that’s not necessarily for a lack of trying - keeping an open mind can be difficult sometimes.

But it’s definitely not impossible. Open-mindedness is less of a set personality trait and more like a conscious approach to life. If you haven’t kept an open mind before, changing your old ways of thinking can be difficult, but with conscious effort and a few simple tricks, you can become more open-minded. In fact, why not start now?

While reading this article, I invite you to keep an open mind, as we take a look at the benefits of open-mindedness and how to achieve it.

According to philosophy professor William Hare,

“open-mindedness is an intellectual virtue that reveals itself in a willingness to form and revise our ideas in the light of a critical review of evidence and argument that strives to meet the elusive ideals of objectivity and impartiality.”

Simply put, open-minded people are willing to consider and accept a variety of information, even if it contradicts previously held beliefs.

It’s also important to note that William Hare calls open-mindedness a virtue. Open-mindedness is almost universally considered to be a positive thing and something we should all strive to be.

Still, there is a popular saying, best known from Carl Sagan’s 1996 book The Demon-Haunted World. In the book, Sagan writes:

“Keeping an open mind is a virtue—but, as the space engineer James Oberg once said, not so open that your brains fall out.”

The idea here is that even when keeping an open mind, we should retain our sense of critical thinking. But open-mindedness has never been about the mindless acceptance of any and all ideas. Rather, it’s a willingness to entertain ideas that contradict our worldview without prejudice and bias, but not without critical thinking.

In psychology, the concept of open-mindedness is often related to the Big Five personality trait of openness, as both include a certain curiosity about the world and other people and eagerness to learn new things and enjoy new experiences. While personality traits stay relatively stable over the course of adulthood, people can learn to open their minds over time (or become more close-minded, instead).

Benefits of keeping an open mind

The positive reputation of open-mindedness is well-earned, as keeping an open mind boasts several benefits.

People who have an open mind have more new experiences and opportunities. Having more experiences allows us to discover new strengths and hobbies, which provides the basis for personal development.

For example, I remember when my ex-partner was trying to get me to go to the gym with him. I resisted for a long time, partially because the gym sounded scary, and partly because I just wasn’t very open-minded about other forms of exercise that I wasn’t already familiar with. E

ventually, I relented and tried lifting weights, and I discovered that it wasn’t as bad as I’d imagined. While I didn’t love it and have since replaced weights with dance shoes, it also helped me to get to know my body better.

This ability to perceive the world differently is definitely useful in creative pursuits. Being open-minded certainly helps you think outside the box!

It’s hard to learn anything if you’re not ready to accept new information. Keeping an open mind when learning anything, from trying to cook a new dish to studying a subject at school helps you accept and retain the new knowledge.

Open-mindedness allows you to approach any new information in an inquisitive and reflective way, which means that you’ll really have to think it through instead of just mindlessly cramming it into your memory.

In addition to individual learning experiences, a 2015 study shows that openness has a positive effect on group learning capacity because it helps the group find and establish a shared vision.

How to keep an open mind

Keeping an open mind can be difficult sometimes, but the least we can do is try. Let’s take a look at some simple tricks on how to practice open-mindedness.

Intellectual humility is knowing how much you don’t know. A common trap people fall into is thinking that they know all there is to know about something. But the truth is that most of us always have something new to learn.

A good way to start practicing intellectual humility is to practice saying “I don’t know”. Often, we feel pressured to give an answer even if we don’t know enough about the topic, or we avoid answering altogether. But “I don’t know” is a completely valid answer.

By coming to terms with the fact that there’s a lot we don’t know, we’ll be more open to accepting new information.

Questioning the knowledge of yourself and others is a very direct way of becoming more open-minded. The best question to ask is “why?”, for example:

Asking yourself these questions is a form of self-reflection, which is also necessary for open-mindedness.

Don't be afraid to ask questions in life! Nobody knows the answer to everything.

3. Be aware of your biases

Most people think of themselves as more unbiased than they actually are. We all have biases that affect our thinking, and that’s okay. Our biases are often activated unknowingly. But that doesn’t mean we can’t and shouldn’t make a conscious effort to be aware of our biases.

Biases can take the form of prejudices, like sexism or racism, or sometimes we might just have a bias towards a certain type of media, like preferring sad songs when we’re feeling sad.

A specific type of bias that affects open-mindedness is confirmation bias, which means that we favor information that matches our existing beliefs. When you feel that an argument seems particularly convincing, take a moment to question why - that might just be confirmation bias at work.

Open-mindedness is a wonderful thing, which is probably why we tend to overestimate just how open-minded we are. Keeping an open mind can be difficult sometimes, but there are some ways to make it easier for yourself to reap all the benefits that come with it. Open-mindedness requires some self-reflection and sometimes, you might have to face some uncomfortable truths - like how much you don’t know - but the rewards are worth it.

Do you want to share your own story about being open-minded? Or did I miss an important tip that you used to be more open-minded in life? I'd love to hear in the comments below!

5 Tips to Respect Yourself More (and Why It's So Important) 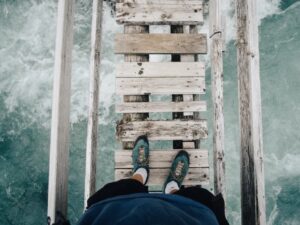 5 Simple Steps to Become Fearless (And Thrive as Yourself!) 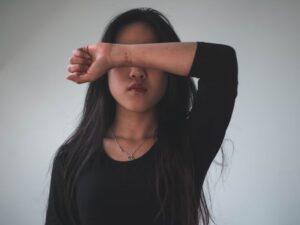 5 Steps to Find Your Identity (and Discover Who You Are)