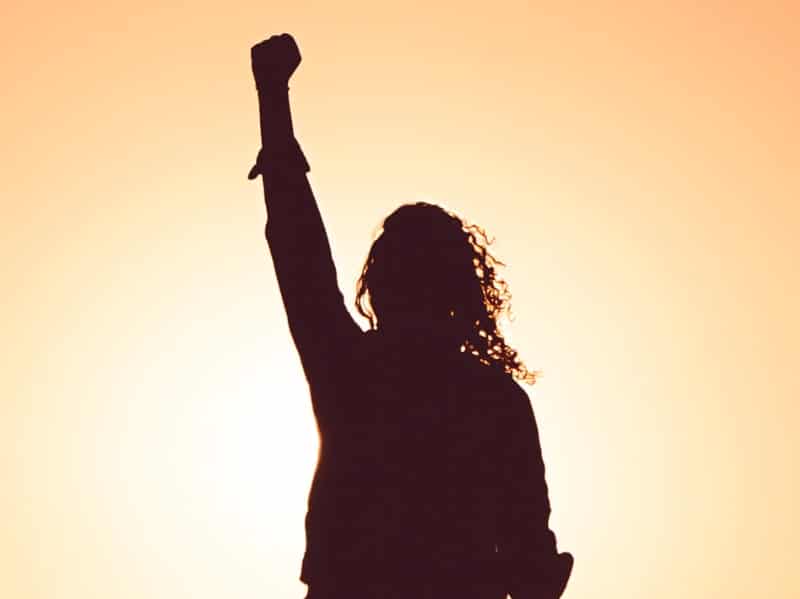 In this article, I will take a look at what it means to be happy and what type of happiness humans are designed for.

As a psychologist, I think of happiness as subjective well-being. This concept, coined by American psychologist Ed Diener, actually consists of two components: affective balance, which deals with our moods and emotions, and appraisal of life-satisfaction, which deals with judgements of our lives.

A person has higher subjective well-being if they experience frequent positive affect, infrequent negative affect and are satisfied with most areas of their life (e.g. career, finances, relationships, health).

Diener’s model takes a hedonic, or pleasure-oriented, approach to life and happiness. We are happy when we feel happy.

In contrast, the eudaimonic approach focuses on living a life that is meaningful and fully realized. In other words, you don’t have to feel happy to be happy.

Let’s take a closer look at these two approaches and what they mean for humanity’s search for happiness.

Hedonia is often characterized through feelings of pleasure and positive affect. Hedonism is the pursuit of pleasure and avoidance of suffering, which some theorists and philosophers, for example the Cyrenaics, believe to be the only way to achieve happiness.

Many of us pursue pleasure and try to minimize our own suffering every day. For example, earlier today, I decided to order take-out instead of cooking myself, because I wanted good food and was feeling lazy. While cooking isn’t some great act of suffering, getting my food delivered did bring me pleasure and make me happier for a little while.

But if happiness means maximizing positive emotions and minimizing negative ones, we are doomed to chase happiness forever, because our brain is working against us.

The human brain is a fascinating piece of design with the ability to process unfathomable amounts of information in a single instance. Despite this, there is just so much information to take in that the brain has to make certain choices when it comes to which information it focuses on. And more often than not, it chooses to focus on the negatives.

In his book The Happiness Trap, Russ Harris writes:

“…evolution has shaped our minds so that we are almost inevitably destined to suffer psychologically: to compare, evaluate and criticise ourselves; to focus on what we’re lacking; to be dissatisfied with what we have; and to imagine all sorts of frightening scenarios, most of which will never happen. No wonder humans find it hard to be happy!”

It is not possible to only feel positive emotions and neither is it necessary. Feelings like anxiety, anger, fear and sadness all have a role to fill in our lives, and cutting them out completely can do more harm than good. For example, a person who doesn’t feel any fear is more likely to get seriously hurt in a dangerous situation, because there is no fear to warn them to stay away.

This clip from the movie Inside Out shows a funny way of how sadness plays a role in our lives. Spoiler alert: it turns out that sad emotions are just as important as happy emotions.

In his book Good Reasons for Bad Feelings, evolutionary physician Randolph M. Nesse argues that negative emotions have been unnecessarily and unjustly vilified and that even mental disorders like depression have an evolutionary purpose. Suffering is just a part of life. He notes:

“Our brains were shaped to benefit our genes, not us… Natural selection does not give a fig about our happiness.”

Estonian neuroscientist Jaak Panksepp is known for his theory of 7 primal emotions:

Out of these seven, he cites seeking as the most important. The seeking system is driven by dopamine, a neurotransmitter linked to pleasure and reward. This means that we are constantly seeking new information, plans and goals, and we can never feel like all of our desires have been met, which means that our pursuit of happiness will never be over.

In contrast to hedonia, eudaimonia is less about feeling good and more about trying to be good. According to researchers Edward L. Deci and Richard M. Ryan, eudaimonia is concerned with living well or actualizing one’s human potential. In their 2006 paper, they write:

“Well-being is not so much an outcome or end state as it is a process of fulfilling or realizing one’s daimon or true nature—that is, of fulfilling one’s virtuous potentials and living as one was inherently intended to live.”

This may sound a little scary, because most of us do not think about our “virtuous potentials” while on our daily grind. We fulfill our day-to-day potential of getting up and surviving the day and if we can get through the day in a way that aligns with our values, we can count ourselves lucky.

But that is the wonder of a meaningful life – it is a life lived with purpose, and it doesn’t matter too much if you achieve your purpose or not, as long as you really live.

“The most satisfying forms of meaning may blossom not when we pursue them directly, but when we instead seek beauty, love, justice […] The secret to a meaningful life may be to remind ourselves every day to do the right thing, love fully, pursue fascinating experiences, and undertake important tasks, not because we are trying to increase our sense of meaning in life, but because these pursuits are good in themselves.”

You can read more about finding meaning in life here.

Are humans designed for happiness?

From a hedonic standpoint, the answer is no.

We can try to maximize positive feelings and minimize negative ones, but our brains work against us in that regard, by (un)helpfully pointing out the negatives about ourselves and others.

A happy person isn’t one who never feels negative emotions, but rather one who learns to accept that negative emotions are a part of life and finds happiness and meaning regardless of them.

The eudaimonic approach to happiness is, in some ways, more achievable. If you find meaning, you can find the little things in life that bring you happiness every day.

To conclude, I’m going borrow the words of Eloise Stark and her colleagues from The Cambridge Handbook of Evolutionary Perspectives on Human Behavior:

“Evolution has shaped biological brains to be able to survive as individuals and as a species. Hedonia is a key driver in the underlying brain processing, constantly helping to make decisions that optimize the possibility of survival through wanting and seeking out food, sex, and conspecifics.[…] It has become clear, however, that while evolution has clearly designed us to survive – for which pleasure is a necessary requirement – eudaimonia is what allows for moments of meaningful bliss.”

So humans aren’t meant to feel happy, but that doesn’t mean we can’t find happiness in our lives.

It’s unrealistic to hope to only feel positive emotions, because our brains just don’t work like that. It’s evolutionarily useful to sometimes have uncomfortable and negative emotions. However, we can find happiness in our lives by finding meaning and purpose, and accept life and all of its parts – both the good and the bad. By finding meaning in life, we can create our own happiness.

Now I want to hear from you! Do you believe that humans are meant to be happy all the time? Want to share your own story on how you pursue happiness despite our brain working against us? I’d love to hear from you in the comments below! 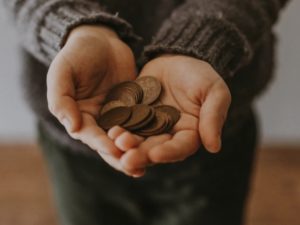 Can Happiness Be Achieved Without Money? (Studies & Examples) 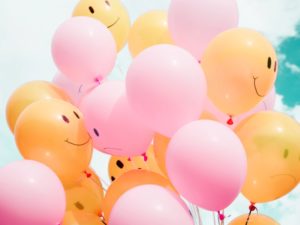 How Happiness Comes from Within – Examples, Studies, and more 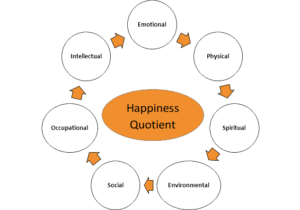 The Happiness Quotient: What is it and how to test yours!