Despite the fact that January, 2017 was definitely a great month for me, the happiness ratings were still a little bit lower than the previous couple of months. You see, my life was really nice at the time. I had experienced several months at the end of 2016 that were filled with nothing but happiness. According to my happiness ratings, this month was not exactly as good as those months. But still, an average happiness rating of 7,77 is certainly not bad!

I want this happiness report to be a little more visual than usual. Therefore, I have picked a bunch of personal pictures of mine from January that I feel add some nice context to this period. It was one of the coldest winters in the Netherlands, and the temperatures were well below 0 degrees Celsius. Despite the freezing colds, I was certainly enjoying the beautiful winter landscapes around my hometown.

January was a month of contrasts in that regard. I was freezing my ass off in the Netherlands at the start of the month. While not a week later, I was wandering around on the streets of Marrakesh in my swimming pants. I did prefer the warm temperatures of Morocco over the harsh weather in the Netherlands. But did this influence my happiness at all?

Let’s have a closer look at the happiness ratings of this month.

The chart below visualises exactly what my happiness ratings looked like throughout January, 2017.

This chart resembles quite a normal month for me. The best days of the month were obviously the days that I spent in Marrakesh with my girlfriend. Shortly after that trip, I got hit by a flu and experienced a couple of relatively bad days. And the word relatively is important here, because these couple of days were still happy days. Despite feeling ill, I was still able to enjoy myself by focusing on the things that made me happy.

The last half of the month was exceptionally great. I really enjoyed my happy uneventful life at the time, and nothing kept me from feeling happy those days. This consistent streak of happy days further elevated my happiness during January, 2017.

Let’s continue by looking at all the factors that influenced my happiness this month.

The table below shows all the happiness factors that influenced my happiness.

January was a pretty interesting month for me.

The first couple of days were pretty good, but certainly not the best. Even though I tried to do as much fun stuff as possible, my happiness ratings were not as high as they could have been. I was very tired during these days as well, as I experienced two very frustrating sleepless nights. Despite my body feeling tired, I wasn’t able to fall asleep, and laid awake well until the early morning hours.

I’ve actually analysed exactly how my sleep habits have influenced my happiness over the years. Shitty nights like these definitely impacted my happiness, and it was therefore hard for me to really enjoy those first couple of days.

Things got much better when my girlfriend and I went on a beautiful weekend trip to Marrakesh on the 12th of January.

We left the cold and harsh weather of the Netherlands on the 12thn of January. It was pretty unreal, actually. Just 4 hours after entering the plane, we landed in a beautiful sunny country with perfectly nice temperatures!

We were going to spend 3 nights in a tiny riad in the center of the city. A riad is basically a building with an open center, with lots of small rooms surrounding it. It is a very typical building in the center of Marrakesh, and my girlfriend and I rented one of these rooms. Despite the never-ending craziness of the Moroccan streets, this place was actually super quiet and peaceful. It was a perfect place for us to rest from the busy and action-packed days.

After fully exploring Marrakesh for a day and a half, we decided we wanted to see some of the Moroccan country side as well. And let me tell you this: Morocco is one of the most beautiful countries I have ever visited!

My girlfriend and I joined a day-trip into the Atlas mountains with 3 other tourists. It was absolutely fantastic to get out of the sprawling city and find out that Morocco has so much more to offer than just the bizarre life in the cities. We both got to see landscapes that neither one of us had ever seen. Once we entered the foothills of the Atlas mountains, we were simply glued to the windows of the car we were driving in. This terrain was absolutely beautiful.

This day-trip contained plenty of stops throughout the trip. We stopped at a little village, to hike up to a decently sized waterfall. The hike itself was just as great as the waterfall, as we were both constantly in awe with the red-coloured mountain sides.

After a busy morning, we were all starving around lunchtime. This was great timing, as we stopped in a little Berber village to have a traditional Moroccan lunch. The Berber people use tajines to slowly cook their meals on hot coals, which they spice up using locals flavours.  We had lunch outside in the sunny weather, while looking over the beautiful mountains in the area.

My girlfriend and I both agreed: this was the best lunch we ever had.

After this lunch, we continued our trip through the mountains and its many valleys. We also passed the highest mountain of North Africa, Mount Toubkal. It was just another beautiful sight, and it confirmed our mutual feelings for Morocco. We surely wanted to return to this country one day, to explore it some more!

This weekend really flew by in a jiff, and we were back in the Netherlands before we knew it.

The remained of January was actually quite uneventful for me. But before talking about the rest, I first want to show you the list of positive happiness factors of the month!

The chart below shows all the positive happiness factors of January, 2017.

You can see that my month was filled by most normal happiness factors. That means that I found great happiness in my trusty passions, with running taking the lead.

It was my happy routinary life in action! Despite the fact that nothing extraordinary happened, I was perfectly happy during these last couple of days. I had experienced full months like this before. I will never complain about this, as long as my happiness ratings remain high.

My routinary life in detail

I want to show you how exactly I lived my life during these couple of uneventful days. I wrote the following in my happiness tracking journal on the 24th of January, 2017. As you can see in the table above, I have rated this day with an 8,0.

I had a great run yesterday evening: did 12 kilometers in prepatation of Paris. That makes 3 consecutive days of running. Nice! I just did some exercises in my room tonight. Let’s see if I can get something consistent going there. One year ago, I weighed 83 kilograms. I now weigh 87 kg’s. I think I can lose a few again, but I’m going to try to take it easy. I’m not going to count calories anymore. Just going to say “no” once in a while, lol.

Had a nice couple of days at work. I like it. The rest of my days are calm and easy. My girlfriend has quite a busy week, so I don’t see her until Saturday. It’s actually pretty relaxing to have nothing but free evenings, and my exercise routine really benefits from it. None of my friends have time to hang out though. I can’t really complain, though, since I’m seeing some of them on our winter holiday in a few weeks anyway. Nice!

Anyway, these days have been really nice! I want to continue this as long as possible 🙂 Cheers!

As you can see, even my daily happiness tracking journal was quite dull. 😉

I found most of my happiness in the regular things: exercising, running, spending time with my girlfriend. My life was pretty peaceful at the time, and I didn’t mind AT ALL. I was also looking forward to a holiday to the mountains of Austria that my friends and I booked some time ago. More on that later!

The chart below shows all the negative happiness factors of January, 2017.

There were two major factors that kept me from being happier in January, and those were my sleepless nights and the fact that I got hit by a flu.

My sleepless nights also had an effect on my happiness. I talked about this earlier. Even though my body was wrecked, my mind was still very chaotic, which kept me from falling asleep. It was truly frustrating to slowly watch the time pass, knowing that the morning alarm wasn’t going to be gentle… It negatively influenced my happiness on 2 days at the start of the month. This month would have been even better had I been able to avoid the negative happiness factors!

And that brings me to the end of another month again. 2017 started off great, with a fantastic weekend to Morocco with my girlfriend. Despite a couple of bad negative happiness factors, I was still really happy during this time of my life. February was going to be another interesting month for me, so it’ll be interesting to see how my happiness ratings continued after this month!

The Key To Happiness: How To Find Yours + Examples 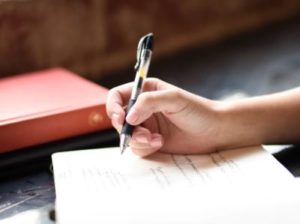 How Can Journaling Help You Be Successful? (Examples and Science) 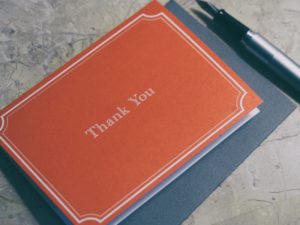 Self-Appreciation: What Is It and Why Is It Important?