February is already in the past, and I’m back again for another update on what’s happening. If you’re short on time and don’t care for the nitty-gritty details, here’s the gist of it:

Let’s see how these mundane things – or should I say, my everyday life – influenced my happiness these past 29 days!

Here are my personal happiness ratings of February, neatly presented in a simple line chart:

My average happiness rating in February was a 7.56, which is not that bad, but also could’ve been much better.

It’s still far higher than what I would consider a bad month, so surely there was a lot of happiness to be had?

Here are the positive happiness factors that I tracked this month.

The diversity of happiness factors is quite interesting here.

I’m talking about the lack of diversity, of course.

For an entire month, only 7 unique factors made a significant dent in my happiness. Normally, I find happiness in a lot more areas, but this month was different.

The biggest reason for this lack of diversity is the shitty weather in the Netherlands.

See that little marker? That’s where I live (first one to guess my address wins!), and our home has been covered under a fat blanket of clouds for pretty much the entire month…

During a normal month, there are a lot more factors that bring me more happiness, such as:

My point is, that I spent a lot of time inside, whereas I would have spent more time outside if the weather had been better.

Still, my girlfriend and I went outside as much as possible, as to not be locked in our apartments for the entire month.

A regular day of happiness in February 2020

Here is an entry in my personal happiness journal that shows a typical weekend day of February 2020. I rated the 16th of February with an 8 on a happiness scale from 1 to 10. Here’s what I wrote:

Today had a bit of a weird start. When my girlfriend and I wanted to enjoy the nice weather outside – it wasn’t raining for once – I noticed that there was a voicemail on my phone. It turned out that the voicemail was left by the local police, saying that they received info that someone broke into my car.

So we went outside to check, and bingo, someone cracked my window… They must have used a crowbar or something, because the frame of the window is fucked up. The weird thing is that they actually left my laptop from work, and only stole my dashcam, power cords and mp3 player. How weird is that? The laptop could have been worth their trouble, but they left it on the backseat. It could have been much worse, but it sucks either way… There was shattered glass in every corner of my car. Ugh.

So a big chunk of the day was spent trying to fix this issue. Clean the car, tape off the window, find a company who can fix it on a Sunday, drive around town. Not exactly how I was planning to spend my weekend… At the end of the day, this is going to cost me 300 EUR or something. Thanks, guys, nice joke.

The rest of the day was fine. My girlfriend and I managed to go for a walk through the woods, to test out our new camera which was nice. The weather was actually not that bad in the woods, despite stormy winds. When we got home, we just crashed on our couch for the rest of the evening. We’re still watching Game of Thrones. Joffrey just died, so my girlfriend is happy again. Nice. 🙂

Okay, okay… it was not strictly a “typical day” since normally my car window isn’t smashed. But still, this journal entry gives you quite a good idea of what I call a relaxing weekend.

Here’s what my poor little car looked like on that fatal Sunday morning (she’s all fixed up now!)

What to do when the weather is shit

On most days in February, it was raining and stormy outside, so I had to find happiness within my apartment. A couple of things were quite efficient in this regard, for example:

I don’t talk about it often, but playing music and singing is one of my biggest passions. I have a couple of guitars, a keyboard, and 2 amps for vocals and my electric guitar. Some days, when the planets and stars are in perfect alignment, I don’t sound completely terrible and I actually really enjoy making music. When this happens, I can forget about everything for a moment, and just play music for hours on end.

This happened twice in February, and I really cherish these moments.

For those of you who read these updates (hi mom!), did you know that I actually recorded a collection of original songs some years ago?

Another thing that I happily did inside our apartment while it was raining outside: painting. For some reason, I really enjoy drawing dogs. This time, I tried to paint a picture of my girlfriend’s family dog.

What else, what else?

I still find it weird to mention this as one of the highlights of the month, but… my girlfriend is still watching Game of Thrones with me! I felt bad for her when she had to endure the red wedding, but it was nice to see her smile when Joffrey choked on his wine.

In the entire month of February, there were maybe 2 or 3 days where the weather was actually good and I wasn’t stuck in an office.

On these days, my girlfriend and I headed out to the woods to try out our new camera. Here’s one of the spectacular pictures we captured:

When we first saw these pictures, we were on the verge of returning our camera and asking for our money back.

Only later did we find out – and this is embarrassing – that the ISO setting was on MAXIMUM during this entire day. Luckily, we found out our error before we went back to the camera shop with our complaints. Unfortunately, we had to wait quite a while before the weather was good enough to go outside again!

Here are the negative factors that influenced my happiness this month:

Remember last month’s update? When discussing the negative happiness factors of January 2020, I noticed that the main culprit was tiredness:

The main factor that triggers me here is “Tired“

Well, this month was unfortunately worse.

I experienced a couple of typical sleepless nights again. What happens on these nights is quite frustrating: I go to bed early, thinking I’m a good boy adult, making smart choices and all… But then, for some reason, my head won’t have it and will start worrying about every little thing – usually pointless things that are office-related. One night was particularly bad, where I went to bed at a decent 22:00, only to lie awake until 01:00. I only managed to fall asleep after going on a 6km long walk outside until 03:00 in the morning… For fuck’s sake!

As if that wasn’t enough, my work was also a big pain in the ass this February.

But to be fair, it’s not just my work that’s causing this negativity, it’s also me that’s too blame. I find it really difficult to motivative myself for these challenging puzzles (puzzles is the nicest word I could find for it). Ever since I gave notice of my decision to leave the company, the days have been getting longer and longer.

For example, I had to join a small team of colleagues again for a meeting with a client in Denmark. Traveling is normally something I enjoy, but it’s getting more and more difficult to keep wearing my “everything is sunny and positive” mask.

I guess I have to sit this one out.

I hurt myself skateboarding

A couple of months ago, I reconnected with my biggest hobby as a child: skateboarding.

This month, I properly experienced the downsides of skateboarding again. As a kid, I didn’t car if I was covered in wounds, cuts and scabs. 10-year old me didn’t mind. I bounced back up and went on my way.

26-year old me is not that flexible anymore. Apply pressure to me and I will break. I don’t have footage of my spectacular bail, but it was on the same rail that I slide down off in this gif:

Being the grown-up adult that I am, I cried for only 4 hours afterward and own my failures like a man!

That’s it for another monthly update. I’m looking forward to seeing you back here again next month, where I hopefully get to report better weather, better sleep, less physical pain and more happiness!

How was your February? What would you rate your happiness on a scale from 1 to 10 this past month? Let me know in the comments below! 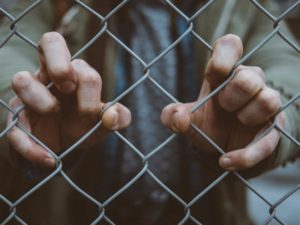 Causes Of Unhappiness: Why Everyone Is So Unhappy (With Examples) 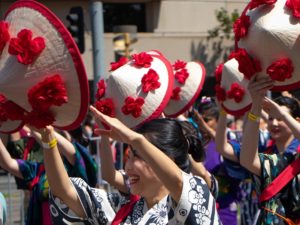