Welcome to the Monthly Happiness Report of July, 2014! During this month, I adjusted to life back in the Netherlands and went on a hiking trip with my dad and brother. Destination: the Rätikon mountain range, located in the eastern part of the Austrian Alps, right on the border with Switzerland and Liechtenstein.

As you might have read already, I initially started tracking happiness because I was traveling to New Zealand for 5 months. Even though that period was now officially over, I still continued tracking my happiness. I didn’t think my life was going to be any less interesting, and I believe I was right. Life was as interesting as ever! I was back together with my girlfriend, meaning the long distance relation was over (for now)! I was also not going to stop traveling. And finally, I also had to take the next step in my life: find a job. I saw plenty of reasons to continue tracking my happiness!

But I want to focus on my happiness for July 2014 in this post. Let’s have a look at some of the happiness tracking data.

My average happiness rating in July, 2014 was a 7,84. Even though this number is lower than the average of the previous 6 months, I still consider this to be very good.

I’ll show you exactly what caused me to be this happy, but I first want to point out something else. If you have been reading a couple of these Happiness Reports, you might think: “This guy has a pretty easy life, with not a single worry in the world…”.

Well, yes. The year 2014 was an amazing year for me. I finished my Bachelor’s degree, I traveled to the other side of the world for 5 months, my relationship survived and was still great and the future looked bright. My happiness was obviously not going to be terrible during this period.

If you’re now thinking: “Does it ever get worse?”. Then I got some good news for you… It does. 😉 But you will have to wait for me tell you about these periods in later posts!

Having said that, let’s continue to my happiness tracking data for July, 2014.

The chart below shows my happiness ratings during July, 2014:

The chart shows that my happiness was pretty constant throughout the month. Much unlike the month before. It must have helped that I didn’t get sick.

The table below shows all the happiness factors for July, including the factors that influenced it.

As you can see, I went on a small trip at the start of the month. My dad, brother and I went hiking in the Rätikon mountain range, and it was absolutely amazing. The rest of the month mainly consisted of me spending quality time with my girlfriend and friends.

The table below shows all the factors that had a positive influence on my happiness during July, 2014.

“I was very happy to be reunited with my girlfriend again”

Also, I got to meet up with my family and a few close friends again. It was wonderful seeing all these faces again, and I thoroughly enjoyed it.

However, there was another big reason for my happiness, and that was the hiking trip to the Rätikon mountain range in Austria.

The Rätikon mountain range is absolutely stunning. I had been to Austria multiple times already, but the beauty of these mountains did not fail to amaze me. Even though I just returned from the South Island of New Zealand, I was super impressed nonetheless.

Hiking through mountainous areas has been a long time favourite activity of mine. Luckily, my family loves it as well.

I find it to be extremely relaxing, since you have absolutely nothing to stress about. You just have to hike a certain distance to the next mountain hut, and get to enjoy the amazing scenery in the meantime. What’s not to love?

The Rätikon mountain range consists of a lot of limestone, a sedimentary type of rock that still originates from the ice age. Some areas in the mountain range are entirely made of the material, without anything growing on it. During a particular stretch of the hike, we felt like we were walking on the surface of the moon. It was amazing to walk through these kind of areas.

Hiking with my dad and brother was also great. I hadn’t seen them both in over 5 months, so it was great to be together again. I enjoyed spending time with my family, and it had a very positive effect on my happiness.

We hiked between 6 to 8 hours a day, excluding breaks and stops for pictures. It was always a treat to arrive at the next mountain hut, especially knowing that a cold beer was probably ready to be served! I couldn’t think of many better ways to end a nice day. We mostly just relaxed on the mountainside terraces with a few beers, watching the sunset. It’s truly magical.

“It was extremely relaxing. I forgot about the daily hustle of life”

Walking in a massive mountain range kind of made my problems seem super tiny. I felt like I had nothing to worry about. I carried all my necessities in my backpack, and my cellphone didn’t even have a signal most of the time. We felt completely disconnected from the busy world, even though we still passed other people every once in a while. We slept in quiet mountain huts, with limited utilities. Most of them served beer in some kind of way, though. We didn’t need much, but a cold beer never bothered us! Sharing this experience with my family made me extremely happy!

We woke up everyday with a lovely Austrian breakfast, usually served with a beautiful Rätikon mountain view for free! I was waking up with a giant smile on my face every single day.

Anyway, our hiking route took us through Switzerland and Liechtenstein. It was kind of funny to cross the borders while hiking on the steep slopes of limestone mountains. Our map told us we had entered a different country, but obviously nothing changed for us. We found some abandoned guard posts, though. These guard posts were probably used during the World Wars and were abandoned ever since.

My brother has always been extremely fit, and convinced us to take a detour. The detour took us to the summit of the highest mountain in the Rätikon  area: the Schesaplana. It wasn’t exactly a spectacularly challenging climb – since it’s not even 3.000 meters high, but the views were amazing nonetheless.

In the meantime, the FIFA World Cup was still going on in Brasil. The Netherlands continued to the knockout phase, rather surprisingly, partially by trashing spain in the opening match. On the 5th of July, our national team was playing the 1/8th final against Costa Rica. By some amazing stroke of luck, we arrived at a mountain hut of which the owner broadcasted the matches on a big screen. Amazing.

I asked in a few paragraphs before what could possibly be better than watching the sunset over the mountains with a beer? Well, watching your country progress to the quarter finals in an intense match with some other hikers and beer is pretty amazing as well. 😉 I was thrilled!

Even though it only lasted a couple of days, the hiking trip to the Rätikon mountain range was a great factor for my happiness.

We also booked a camping trip to Austria and Italy for the next month, August, so we were really looking forward to that as well. I will detail that camping trip in the next Monthly Happiness Report.

There were obviously still a number of negative factors decreasing my happiness during July, 2014. The chart below shows these factors.

I was actually bored on four days of the month! How?

Well, I just got back to the Netherlands from an exciting time abroad. I think almost everybody faces the same issue after traveling for a long time. When I arrived back home, I noticed that nothing had changed. I don’t want to say it’s a bad thing, but somehow it felt a little strange. My life in New Zealand had been quite turbulent, while life back home remained the same.

Again, I don’t want to sound like a spoiled little boy. I thoroughly enjoyed doing the usual things again. I loved spending time with my girlfriend, family and friends. Also, I happily continued running in the Netherlands. But I guess it wasn’t enough to completely compensate for the sudden change in lifestyle.

“I loved spending time with my girlfriend, family and friends”

What might have affected it as well was the fact that I finished college. I obviously didn’t have a job lined up immediately, so I entered some kind of void. It was a lot like entering some purgatory, or something like that. A part of me wanted to just relax and slowly move forward, while another part of me yelled at me for being a lazy douchebag. It probably didn’t do much good for my happiness.

However, some time after hiking the Rätikon mountain range, I started to apply for starter jobs – mostly traineeships. I had to repay my loans and was ready to earn a fair salary! I want to focus a little more on the actual job hunt in the next monthly happiness report.

Being reunited with friends also led to some alcohol consumption. I usually have a pretty strict schedule regarding alcohol consumption: drink at least 1 glass of water for each consumed drink. I woke up too many times with terrible hangovers already, so I wanted to think I had learned my lesson. But my schedule failed on me twice during July.

… Or was it me who actually failed my schedule?

Either way, I woke up with a big hangover on both occasions. FUUUUUUU.

I also went to a club on the 10th of July, 2014. I don’t think I have to explain how that affected my happiness…

And by that, I want to end this Monthly Happiness Report. If you have any questions about anything, please let me know in the comments below, and I’ll be happy to answer them! 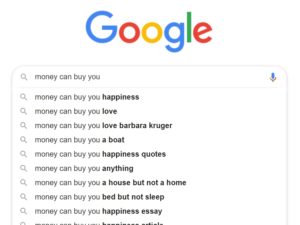 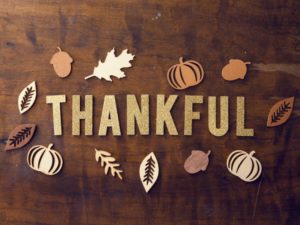 What Are You Thankful For? 21 Examples Backed Up By Studies