Welcome to the happiest month of my life, according to my short career in tracking happiness! September was a great month, in which I basically spent every day doing what I loved. Let’s discuss what exactly happened during the month, and how this influenced my happiness.

The table below shows a summary of my happiness ratings.

This was the happiest month of my life! At the time, I was already tracking happiness for nearly 3 years. My average happiness rating of 8,22 was the highest at the time! It was even better than the already great August I had.

Let’s take a better look into the happiness ratings of my happiest month ever.

The chart below visualises exactly what my happiness ratings looked like throughout September, 2016.

Seeing this graph as I’m typing this brings a smile to my face. September, 2017 was really a great month.

The first couple of days were spent traveling back to the Netherlands, after a marvelous holiday in Macedonia with my girlfriend.

A couple of days later, my happiness rating spiked to a 9,0 because I had a great night skateboarding with my friends. I used to skateboard a LOT when I was a kid. I was actually pretty good for my age, as I learned how to kick flip and landed my first 360 flip when I was about 10 years old. As life continued, I eventually stopped when my interest faded.

But my two friends and I decided to just try it again. You know, just for old time’s sake. And it was fantastic to do again. I loved that day, and my happiness rating spiked as a result. 🙂

The next couple of days were just great as well. I continued working my day job as an engineer, and tried to do as much of the stuff I am passionate about. This included spending time with my girlfriend and running in preparation for my next marathon! More on that later in this update!

I first want to show you all of the happiness factors of my happiest month ever!

You can clearly see that this was one of the happiest months of my life. Why? Because there were almost no negative happiness factors!

You can see from the positive happiness factors that I spent most of the time enjoying the things I love. I ran a lot, spent a lot of quality time with my family and made sure to have nice days out with my girlfriend.

I also got back to recording my music on some days in September. Back in 2014, I set a goal for myself, and that goal was to finish recording some song demos and ideas I had accumulated over the years. Well, I finally continued doing that in September, near the end of 2016! And I really enjoyed working on my music again on some of these days!

Back in 2015, I had set myself the personal goal of finishing a marathon in under 4 hours.

My previous attempts were technically failures.

My second marathon was better, but still not good enough (finished in about 4:07:00).

September was not only my happiest month ever at the time. It was also the month in which I ran my third marathon.

My marathon trip to Nottingham, England

I had planned my third marathon together with my sister. We were going international!

On the 25th of September, I started my third marathon on a beautiful day in Nottingham, together with about 1.000 other marathonners. I have discussed the marathon itself in a dedicated ‘Good day’ post. You can read all about my third marathon here!

What I do want to discuss here, is how the rest of this marathon trip influenced my happiness!

My sister and I made a mini-holiday out of it. We spent 5 nights in England, and tried to explore as much of the country as realistically possible. We drove our car down to Dunkirk, to catch the ferry to Dover on our first day.

From that day onward, we were official tourists in England. We first walked on top of the cliffs of Dover, and quickly continued to London for two days of sightseeing. I had never been across the Channel, so London was a fantastic city to explore. The weather was surprisingly good as well. 🙂

Spending a great day in London with my sister

After London, we continued our drive to Nottingham, passing the beautiful scenery that’s typical of England. Enormous views of rolling hills and nice little villages were a common sight on this trip.

In the meantime, it was nice to spend quality time with my sister. My happiness ratings were well above average on these days! 🙂

The 25th was another great day, in which I ran the Nottingham marathon. Again, I want to leave the details to another ‘Good day’ post, just like I have with my previous marathons.

Exploring the lands of England!

The trip was a perfect addition to the already great September I was having. It only amplified my happiness.

Let’s have a look at all the positive happiness factors of this fantastic month!

The chart below shows all the positive happiness factors of my happiest month.

Just like last month, this chart directly shows you what an amazing month it was for me. Everything that I regard as one of my passions was featured in September.

My relationship was the main source of my happiness, as it had so often been before. Our relationship was great at the time. My girlfriend and I had just enjoyed a perfect holiday to Macedonia, and tried to do as much fun stuff during our time together as possible.

It wasn’t always like this, however. Our relationship has definitely experienced some rough patches. I have analysed the effect of my relationship on my happiness in great detail. It shows that September, 2016 was not only a great month for me personally, it also had a huge positive influence on my relationship.

I was also very happy with the time I got to spend with my family. The marathon trip to England was great for the bond between my sister and I. The trip became something that we will never forget. The positive effect on my happiness was very clear to me 🙂

The chart below shows all the negative happiness factors of my happiest month.

I was stuck in shitty traffic on 2 days, which naturally annoyed me a lot. It was not the end of the world however. I was also negatively influenced by an injury one day, but this is to be expected when training for a marathon.

Finally, my happiness was negatively influenced by a lack of sleep on one day. Also, not the end of the world.

I have analysed the effect of my sleep habits on my happiness in A LOT of detail. Luckily for me, being tired is not strongly correlated to my happiness 🙂

I want to leave it here. According to my happiness tracking journal, this was the happiest month I had ever experienced. September was just an amazing month It will be interesting to see if I could maintain this level of happiness in October! October might have been even better? More on that later! 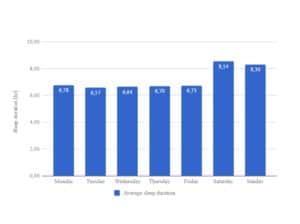 Happy Mornings – Research On Personal Happiness And Waking Up 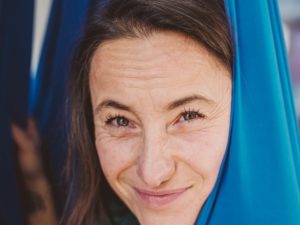 4 Ways To Be More Genuine (Actionable Tips Based On Science) 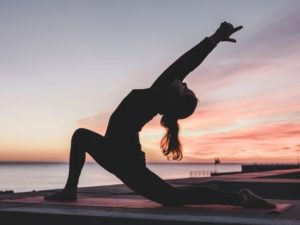