Welcome to the second month of my ‘Relationship hell’! Time for another monthly happiness report, October 2015. During this month, I was still trying to figure out how this new long distance relationship was working. My job was also quite dull and frustrating. As a result, my happiness was going up and down like a roller coaster again. Luckily, I made some great decisions in this month, which I will explain further ahead. My happiness would have been a lot lower had it not been for these decisions!

Anyway, let’s get started. Below table shows the average happiness ratings in October, 2015.

These happiness ratings are still not too bad, right? I mean, a 7,62 can be considered quite high, and it was even a little higher than the previous month.

Let’s take a deeper dive into the happiness ratings.

The chart below shows my happiness ratings during October, 2015:

You can see that my happiness still resembles quite a roller coaster, but luckily not as much as the previous month. There were quite some good days, actually. I tried to provide some bits of context in the chart, to explain some of the peaks and dips in my happiness.

The table below shows all the happiness ratings for October, 2015, including the factors that influenced it.

Life in a long distance relationship

My girlfriend and I were living a long distance relationship for well over a month at the time, which put quite some stress on our situation. I had some issues dealing with these challenges, and my happiness decreased because of it.

I experienced quite a couple of bad days in September, 2015 in which I was simply bored and frustrated. It was understandable, since I lost the biggest positive happiness factor of my life. This was obviously going to affect my happiness.

In the introduction, I spoke about some good decisions I made during September, right? Let’s start with the first one:

I bought a PlayStation 4

After being bored and frustrated for the first 2 days of the month, I stood up and said: “Fuck it“. I drove down to the nearest store and bought myself the latest gaming console. I had previously gamed quite a lot on the trusty old XBOX 360, but had to get rid of that when I traveled to New Zealand back in January, 2014. Gaming had been a great hobby for me during my younger years, so I knew this was going to be a positive addition to my life.

So I immediately had another positive happiness factor in my life, just like that. As you can see in the graph and table, my happiness ratings increased, since I was able to fight the boredom and frustrations by playing awesome video games.

You might think it’s silly, but this decision really helped to ease my mind during this period. I consider this to be one of the best money I’ve spent. In fact, this expense helped me answer if money can buy happiness in my in-depth happiness essay.

You might wonder what my daily life looked like at this time? Well, I don’t have to use that much words to explain this:

“I tried to make my life as easy as possible”

It wasn’t the most glamorous and satisfying life, but I was kinda okay with it. At the time, I was quite okay with living an easy life. I just wanted to be happy, and I didn’t want to feel frustrated due to my long distance relationship. My work was also quite dull at the time. I felt like I was completely unchallenged at my engineering job. Good days were frequently followed by dull and frustrating days. Therefore, I tried to make my life as easy as possible.

I also tried to meet up with my friends as much as possible. Even though I’m quite the introvert, I still love to hang out with my close group of friends. I spent a weekend on a small city trip with my friends, which definitely helped increase my overall happiness. If I wanted to remain as happy as I was used to, I needed to fill my life with as much positive happiness factors as possible 🙂

My other great decision?

Partially due to my challenging situation and my long distance relationship, I signed up for my first ever marathon in September. As a result, I ran my ass off trying to get fit enough to finish this gigantic race. It had a huge positive impact on my happiness in September, and that effect carried over to October as well!

I ran – and finished! – my first ever marathon on the 11th of October.

Overcoming this huge challenge played a big role on my happiness in October. I tried to make my life as easy as possible at the time, so I was kinda lacking the satisfaction of challenges. Well, not on the 11th. I felt extremely proud of myself after finishing this race, and it was very satisfying to cross this item off my list of goals for 2015!

This day resulted in the highest happiness rating for me in October, and it deserves its own ‘Good day’ post. I will detail what happened to my while running my first ever marathon in a future post!

Let’s have a look at the factors that positively influenced my happiness in the chart below.

There’s obviously a clear winner here. It confirms to me that I made some great decisions in September, 2015 that made my life a little bit better 🙂

So even though I had to get by without my overall biggest happiness factor – my relationship – I still had other factors in my life acting as decent replacements.

After buying my PlayStation 4, I now was less bored and frustrated. When I got home, instead of feeling annoyed because of my small injuries or my worried relationship, I got to play amazing video games like The Last Of Us and GTA V. Good times!

I didn’t really know it at the time, but playing video games is known to reduce stress. My personal experience agrees with this statement. The stressful situation of my long distance relationship (Relationship hell) had less of an effect on me when I was able to play my video games. You don’t have to be a little kid to be able to enjoy a nice game! 😉

Just like the previous month, running also played a big role in my happiness. I not only ran my first marathon in October, 2015, but I also continued to run as a way of dealing with stress. Just like gaming, there are a lot of scientific articles stating that running reduces stress, and I am prone to agree with all of them as well.

I want to prove this for myself by analysing my own data! Keep an eye out for a great analysis of my happiness and running data in my ‘Happiness Through…’ section!

I think I managed to deal with the challenging circumstances quite well in October. There were a lot less negative happiness factors as opposed to September 2015.

According to this graph, my long distance relationship only negatively impacted my relationship once! That’s pretty impressive, if I say so myself. Even though my relationship was still not a positive happiness factor at all, the negative effect due to our bad communication was quite small. So even though I’m constantly talking about a Relationship hell, it wasn’t really that bad in October. We were actually doing pretty good during this period.

Of course, that was all going to change eventually, but I don’t want to get ahead of myself here. Let’s just be happy that October 2015 wasn’t that bad!

Work as a young professional

My work was actually the biggest negative happiness factor in October. After a couple of periods abroad, I was back in the Netherlands working the daily office job. I was working at a big marine contractor, so it took some time before I acquired my own projects and challenges. I was still learning all the standardised systems and methods, and was easily introduced to all my relatively new activities.

Therefore, my job wasn’t too exciting at the time. This further decreased my happiness unfortunately. I was also still bummed out that my big master plan wasn’t going to happen.

I believe every kind of job experiences good and bad periods. It’s a part of every job. So even though I wasn’t that happy with my situation at the time, I was still grateful to be working there. I will analyse the exact effects of my work on my happiness in a later post as well. So again, you can keep an eye out for that in the ‘Happiness Through…’ section!

And with that I want to finish this brief monthly happiness report. Even though I was in the middle of my Relationship hell, the effect of it wasn’t too bad. As I’ve said though, this was definitely not going to last… More on that later! 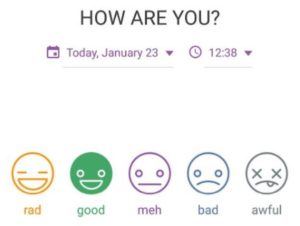 Daylio Review – What You Can Learn From Tracking Your Mood 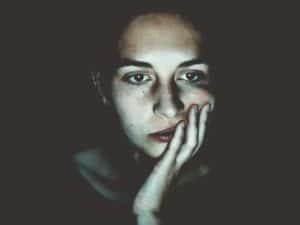 How To Make Your Life More Interesting [4 Inspiring Tips!] 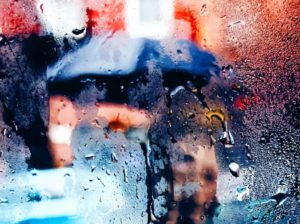