Hi again! 🙂 It’s time for another Monthly Happiness Report. After an amazing holiday in Croatia, I continued tracking my happiness as I was finishing the traineeship I had started a year ago. My girlfriend and I also had to prepare for yet another long distance relationship period. Never a boring day, right?

Anyway, let’s get started. Below table shows the average happiness ratings in August, 2015.

So my happiness was still very high in August. Let’s have a look at the daily happiness ratings.

The chart below shows my happiness ratings during August, 2015:

So as I got back from my holiday, my happiness was still very high throughout the month. I spent time at work finishing my traineeship, got back to running outside again and tried to hang out with my friends as much as possible.

There were unfortunately three dips in my happiness, which were related to my relationship. I’ll discuss these dips after I show you the complete table of my happiness tracking data.

This table shows all the happiness ratings for August, 2015, including the factors that influenced it.

Let’s give an update on my situation at this time. I was back in the Netherlands, and was about to finish the traineeship I had started only one year ago.

At the time of my interview, I had no clue what I was getting into. I never expected to work in so many different places within a single year. The traineeship was a huge experience for me. I had learned a tremendous amount of new things. I got to work on multiple big projects, and even though some of them were really exhausting, I looked back on an exciting period. When I interviewed for this job – a trainee engineer – I’d never expected I was going to work in countries like Costa Rica and Kuwait.

Looking back, it certainly was a fantastic year. I was hired to continue as an engineer by the company, and was looking forward to the rest of my engineering career. The periods abroad were definitely challenging, but I at least learned from my mistakes and knew how to deal with them if I were to work on another project abroad again. Bring it on!

Anyway, my girlfriend was still studying for her Bachelor’s at the time, and came across a great opportunity. She found an internship for half a year, on the other side of the planet: Australia. Great, right?

She was going to leave the Netherlands for 5 months, and her flight out was booked at the end of the month. This meant that August was the last of many months where we could still enjoy each other’s company. We had to prepare for another challenging long distance relationship period.

Was I worried? Not really. We considered ourselves experts in long distance relationships at the time. Hell, we had already survived approximately 12 months apart, and we were only together for 2,5 years. We had spent about 40% of our relationship in a long distance scenario. We knew exactly what to expect. Right? …. Right?

We found out the answer to that question soon after. But I won’t spoil the details just yet.

I actually had plans to visit my girlfriend in Australia. Considering I had already been in Costa Rica for my job, I figured: “if I can get back to work on the same project for 2 months again, I will spent my leave in Australia”.

It was a great plan. It was my master plan.

This big, shiny plan also included me running my very first marathon in Australia. I had challenged myself at the end of 2014 to finish a marathon before the end of 2015. Well, why not do it in Australia? Wouldn’t that be a great story? I had it all figured out…

Those plans were – of course – quite naive.  But I too found that out soon enough. Again, I won’t spoil the details…. 😉

Let’s have a look at the factors that positively influenced my happiness in the chart below.

Living in the Netherlands meant I was able to enjoy my common passions again! Even when I didn’t have anything exciting going on in my life, I was still happy in my uneventful life 🙂

After living in a relatively unsafe area in Costa Rica for 2 months, and enjoying a holiday in Croatia, I was very happy to run outside again. I picked up my running pace again, by running twice a week.

I was still looking to run a marathon, and my master plan told me I was going to run one in Australia before the end of the year. Therefore, I had to do use my legs a lot more than I had the previous three months. I loved running outside again. It increased my happiness on eight days in August, 2015.

If you are interested in the pace at which I was running, I have shown my run of the 31st below.

I wanted to run a marathon before the end of the year, and this was the hardest I could run at the time. My best-case scenario would be to finish a marathon within 4:00:00. It’s a goal that most marathoners want to break, and I was one of them.

If I wanted to succeed in that goal, I had a very long way to go… Game on, right?

Let’s discuss the dips in my happiness that I showed you before!

So what went wrong in August?

Well, we were experiencing a slight dip in our relationship. It was nothing out of the ordinary, but we just argued a little more than usual. Of course, I would rather not ever experience dips like these, but I think these kind of dips are entirely normal in relationships.

“I’m not the best when it comes down to communication”

Let me add here that I’m not the best when it comes down to communication as well. I don’t want this site to become a venting place for me. Therefore, I need to judge my character as rationally as possible here, and some of these issues with my girlfriend were caused by my lack of communication.

I have learnt from these communication issues, and have tried to improve here and there. Tracking happiness has definitely helped me realise this. It helps me realise what makes me happy, but it also exposes my flaws. It allows me to improve myself.

We entered another long distance relationship at the end of the month, on the day my girlfriend left for Australia. Another 5 months apart, just like we’d done before when I left for New Zealand at the start of 2014. Even though the analysis of my happiness throughout 2014 showed me I should reduce the long distance relationship periods, we were still going to enter yet another one. Yay?

How this new long distance period was going to effect my happiness will be discussed in the next couple of Monthly Happiness Reports.

Anyway, that’s it again for August 2015. I had to ramp up my mileage with running, I finished an exciting year of the traineeship and entered another long distance relationship period. The next couple of months were definitely going to be interesting. 🙂

More on that later! 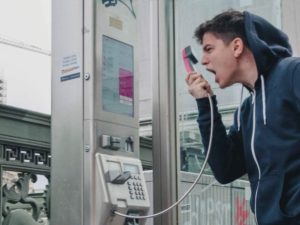 How Long Distance Relationships Have Influenced My Happiness (Personal Study)

Mindfulness Benefits and Examples (As Per Science)

The Importance Of Assertiveness: Examples And Tips