After having spent the previous 2 months mostly in Kuwait, I was very excited to be back in the Netherlands again, living my normal life. My happiness was quite low during the previous months, and I was ready to turn it around! There was no excuse: I was back in my own country, and could do all the things that I love again. This post will summarise my happiness throughout this period.

Below table shows the average happiness ratings in March, 2015.

Ever since November, 2014, my average monthly happiness ratings had been decreasing. It reached the bottom during February, which was the most negative month I experienced to date. I luckily was able to turn it around, and increased my happiness in March. What allowed me to be happier?

The chart below shows my happiness ratings during March, 2015:

My happiness started off pretty low, due to a flu and a generally bad day. But it was climbing back up throughout the rest of the month. It was still not as good as it could have been, but things were certainly looking up again at the end of the month.

The table below shows all the happiness ratings for March, 2015, including the factors that influenced it.

So March 2015 was actually a very uneventful month for me. I just got back from a relatively bad period abroad in Kuwait. During this period, I had no access to any of my passions: no running, music, friends nor relationship. It sucked.

Luckily, I got to focus on the stuff that made me happy again in March. As you can see in the table, I used this time to really focus on my hobbies and interests. I spent a lot of time with my girlfriend, I ran outside again, met up with some friends, and I actually enjoyed parts of my work again. This post is going to be pretty short, as I just mostly enjoyed my normal life. Nothing out of the ordinary, really!

I have shown my positive factors in the chart below.

Considering I was finally able to do the stuff that I liked again, this chart is not surprising in any way. It’s also very similar to most of my months in the Netherlands. Just my regular, normal life, really.

I do want to explain my relationship at this stage. We had survived the second long distance relationship period, and were very happy to be back together. Even though this long distance period lasted only ~1,5 months, we still struggled during some moments. It didn’t help that I was miserable at my daily life, though. Anyway, we were glad to be together again.

Unfortunately, this wasn’t the last long distance period we endured. Not even close, actually. But I’ll leave that for later!

I heard in March that I was probably going to be deployed on one of the projects abroad again for a period of 2 months. When and where this period was going to take place was not clear yet though. Therefore, my girlfriend and I made sure to fully utilise the time we had together. This was by far the biggest contributor to my happiness, as it had so often been before. 🙂

Spending quality time with my girlfriend always makes me a happier person, no matter the situation.

I also tried to hang out with my friends and family again. One of the great days during the first half of the month was spent with my brother. We both enjoy a drink every now and then, and it’s always nice to catch up and have a laugh together. Even though we only spent the evening exercising and playing games, it made my day that much more great. I highly value time spent with my family like this.

I also enjoyed a full weekend with my close friends. As young adults, it was always (and still is) quite a challenge to plan these gatherings, but always worth it! It’s what contributed to the great streak near the end of the month. Without it, my happiness ratings would definitely not have been so constant and high. Spending time with my close friends has proven to be a guaranteed positive effect on my happiness!

As introverted as I am, I absolutely love spending time with my family and friends. It’s a big part of overall happiness.

Even though I was back in the Netherlands, living my uneventful, normal life, I still couldn’t prevent certain negative factors from affecting my happiness. You can see the negative happiness factors in the chart below.

Just like the rest of the month, the negative happiness factors were also pretty normal. I didn’t experience anything bad that was out of the ordinary or unexpected. It was just a really uneventful month. 🙂

My work still caused me some issues during the month. Even though I stopped working crazy 70-80 hour workweeks, I was still mentally suffering sometimes. The traineeship for which I was hired continued as I got back to the Netherlands, and this included a very dynamic schedule. Most of the weeks were very interesting and exciting, while a handful were just simply boring and horrid.

I was caught in one of those boring weeks from the 16th until the 20th of March, which rapidly added four negative points to my work as a happiness factor. Even though I enjoyed working only 40 hours a week again, the time still passed agonisingly slooooow. It’s what caused my happiness to take a decent hit before the end of the month.

I have to add here, that work was still much – much – less shitty than what I had endured the months before.

Why do I mention soccer? Didn’t it only negatively affect my happiness on a single day? Didn’t it make me a happier person on three days?

Well, the answer is yes. But I still need to address what was happening at this time. Ever since I was a kid, I enjoyed playing soccer at least twice a week. But after a couple of years, I also slowly grew an interest in running. As you might be able to see from my happiness factors, running was making me happy more often than soccer was. I freaking loved running, while I only mildly enjoyed soccer.

“I freaking loved running, while I only mildly enjoyed soccer”

Don’t get me wrong, I am a huge soccer fanatic, and its potential on my happiness has always been huge. But as I grew older, the happiness I got from soccer slowly decreased. My friends stopped playing one by one, the matches got less exciting and the excitement in the team became much more irregular. This didn’t happen overnight. No, it was a slow transition that lasted more than a year.

I still continued to play soccer twice a week though. In the meantime, it only positively influenced my happiness on three occasions in March. That’s simply not that effective, right? Out of nearly 10 occasions of playing soccer – either practising or playing a match – I was happier afterwards only three times? I slowly became to realise that this was not the best efficiency.

To make things worse, the injury-rate when playing soccer is crazy high. I got injured a little too often while chasing the ball or trying to outrun my opponents. This further limited my happiness because I was not able to run as much as I wanted. Stupid, right? Running had an almost guaranteed positive effect on my happiness, and yet soccer restricted me from doing it, both directly and indirectly.

I continued playing soccer for quite some months after March, 2015. It was part of my normal life in the Netherlands, and I didn’t really questioned why I continued to do it. The data that I collected by tracking my happiness later convinced me to stop and focus on running instead, but it took me a little too long before I fully realised this, unfortunately.

Anyway, this is where I finish this Monthly Happiness Report. My happiness was slowly increasing again, and I was ready to continue this trend in April, 2015!

I must apologise for the lack of photos during this post. I simply made zero relevant pictures, so I’ve got nothing to show you! If you have any questions about anything, please let me know in the comments below, and I’ll be happy to answer you!

The Many Ways Therapy Can Make You Happier (With Examples!) 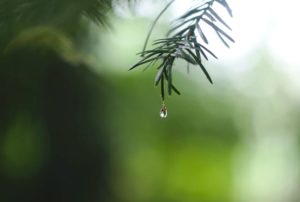 Examples of Emotional Self Awareness And Why You Need It 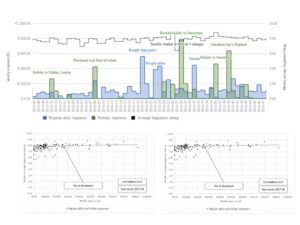