How about a quick update regarding my happiness in June? It’s time for another look into my monthly happiness journal.

After an amazing may, my happiness was a little lower in June. I call this monthly happiness journal update “Challenging June” because there were some negative happiness factors that I struggled to deal with.

As a result, my average happiness rating was 7.70. I still consider this to be quite good, but it’s significantly lower compared to May!

The chart below visualizes exactly what my happiness ratings looked like throughout the month. As usual, I have added some comments to this chart to add context.

The month started off alright. I was continuing to enjoy my normal life, which usually consists of work, running, spending time with my girlfriend and – lately – a lot of working on this website!

The first significant dip in my happiness occurred on the 11th of June, which I rated with a 6.75 on my happiness scale. Here’s what I wrote about it in my journal:

What a shitty boring day. At work, I just couldn’t motivate myself to get something done. The only thing that I do is watching some fucking numbers in spreadsheets. That’s it.

My dip in motivation probably also has something to do with my website and its lack of growth. Just when I thought it was growing really nicely, Google’s algorithm update has slapped my site back a couple of steps. Ugh.

Back home, my energy was totally gone. I didn’t want to do anything at all, which is really not like me. My girlfriend and I just ordered fast food (I insisted…) and watched Gilmore Girls (LOL). My girlfriend was also pretty exhausted so we were okay with a lazy evening.

In the end, she got to the gym at least, so I wanted to force myself to go for a run as well, which I did. But during my run, I really noticed how exhausted and miserable I felt. Needless to say, my run was fucking shit and it didn’t make me any happier like it usually does. I hope this feeling passes soon…

That doesn’t sound very happy, does it?

Don’t get me wrong, June was a pretty good month. But there were a couple of days like these that I was just miserable and exhausted without having a good reason for it. I want to use this post to reflect on some of the things that I’m feeling.

Before continuing, let’s have a look at what factors influenced my happiness in June.

The table below shows all the happiness factors that influenced my happiness during this month.

After that first dip in happiness, my girlfriend and I had something excited planned.

We were going on a hiking trip to Austria, with my dad and brother. We spent 4 days hiking through the Austrian Alps, equipped with nothing but a backpack. Here’s a small glimpse of what kind of surroundings we were in.

There were a lot of great things about this trip, namely:

But there were also some negative things that took some of that positivity away from the trip, namely:

All in all, I’m not sure if I would go on a trip like this again. If so, I would make sure to get rid of these negative factors first, since they had a pretty big influence on my trip.

Anyway, I was still pretty happy on these days. Here’s a sample from my happiness journal again. This comes from the 16th of June, which I rated with an 8.00.

Again, today was a pretty nice day. We woke up early after a mediocre night of sleep. The entire cabin was stuffed with others, so it was quite shitty actually.

The hiking itself was great. We descended the entire morning into the mountain valley. The descend was so much fun! It’s not hard on my body and I finally had a chance to really take in the beauty of the surroundings. We stopped for a relaxing lunch and then decided to climb back up again to the only remaining cabin that we could still safely get to.

However, after climbing for 2 hours, we encountered a big sheet of ice on the slope of the mountain, and we had to cross it. After considering our options, we decided it was not safe and headed back on the way we came from. If I would have tripped while crossing this sheet of ice, I’d be seriously fucked. As in, game over. So we turned around.

We eventually hiked through a beautiful part of the valley, after finding a bus station and dove to the next village. We found a hostel here and just relaxed the rest of the night. This is our last day probably, since I don’t think we’re going back up the mountains again tomorrow. And I’m more than okay with it. I’m just glad that everybody’s okay.

The best day of the month was the 23rd. On this day, I and my friends rented mountain bikes and spent the entire day cycling this off-road loop through the woods. It’s not the mountain biking itself that turned this day into the happiest day of the month (although it helped). But it was just the time spent with my friends that made me the happiest.

Here’s what I wrote about it in my happiness journal. I rated this day with an 8.50!

A beautiful day. Woke up feeling well rested again, and after a relaxing breakfast with coffee, I hopped in the car and headed to my friends.

The mountain biking was a big challenge for me… I’m not as fit as I was 3 years ago, and this mountain biking really forces me to face this sad reality. It was also extremely hot outside, as the Netherlands is still experiencing a minor heatwave.

Luckily, we took 2 brakes and stopped for a beer. During these brakes, I laughed my ass off so many times. I’m not talking about a normal chuckly here, but I laughed myself sick. I almost fainted from laughing. Why? Just some dumb bullshit between me and my friends. Some dumb jokes that would be too damn stupid to repeat here. It’s unbelievable how much happiness I get from simple laughter. It’s amazing.

After the mountain biking, we had a spareribs fest with a beer, which is the best possible ending to a day like this. At 8 PM, I was just exhausted and done for today. What an absolutely great day this was.

Before I continue, I want to point out that this is how I rate my happiness every single day. At the end of each day, I take out my happiness journal and write down exactly what I’m feeling. In addition to these journal entries, I also track the things that had the biggest influence on my happiness these days.

Let’s have a look at all the factors that had a positive effect on my happiness.

The chart below shows all the positive happiness factors of May.

Again, my relationship takes the cake. I said the same last month, and what I said then still applies today, so I’ll just leave it here again:

As usual, my relationship was my biggest source of happiness this month. I’ve said it a lot of times already, but I love my girlfriend and she makes my life so much better. It almost sounds cheesy to repeat this every month, but I just don’t want to take this relationship for granted. I feel lucky to have her in my life and wouldn’t want to imagine what it’d be like if it was any different.

Now, someone with a sharp mind would make criticize me from copy/pasting this quote from last month here… Maybe copy/pasting this again without giving it any additional thought is the first step to taking this relationship for granted? 😉

The other factors are pretty much to be expected here. I spent some quality time with my family while hiking in Austria, and I tried to continue my relaxing and normal life to the best of my abilities. Hell, I even really enjoyed my work on one day in June! 😉

Also, I went to a Muse concert again, this time in the beautiful Goffertpark in Nijmegen (a mid-sized city in the Netherlands). What’s funny about this is that I saw them perform at this very venue 9 years ago as well!

9 years. It’s insane how quick the time flies by. Here’s a shitty picture that I managed to take while losing myself on classics such as Hysteria, New Born and Stockholm Syndrome!

Now, were there any negative happiness factors in June? Of course!

The chart below shows all the negative happiness factors of June 2019.

At the start of this post, I mentioned I want to get to the bottom of why June was not as great as May had been for my happiness.

What do these negative happiness factors tell me?

The most obvious factor here is my tiredness. My happiness was significantly affected by my lack of sleep. Two things come to my mind here:

My relationship was also negatively impacted by my terrible planning prior to this Austria hiking trip… To be honest, I really did plan this badly.

Lesson learned #2: Don’t involve my girlfriend in activities that require any form of planning anymore Act like a grown-up and plan things accordingly when people are depending on me.

What else? To be honest, I am feeling a little bit burned out at the moment, and it was building up over June. Why else am I feeling absolutely drained and agitated after a regular day at the office? Why else am I not excited to do any of the stuff that I usually want to do? I feel like I’m always trying to hustle, to keep myself busy as that keeps me feeling productive. While I don’t think that’s necessarily bad, I do believe that the line between feeling productive/energetic and feeling burned out is very thin. I’ve slowly been crossing that line in June, and I want to stop that.

Lesson learned #3: I need to take it easier and need to stop pushing myself to always be productive.

That’s it for now. Let’s see if I can make July a better and happier month again!

That concludes my “Challenging June”. I hope these posts give you a general idea of what tracking happiness means to me. Because I’m tracking my happiness ratings and factors every single day, I am fully aware of what I need to do in order to become as happy as I can be. With that said, I hope I can somehow inspire you to also start tracking your happiness. 🙂 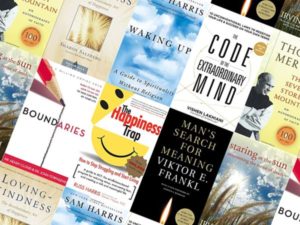 Best Books On Finding Purpose In Life (For An Inspiring 2021)

How To Overcome Self-Pity And Get Happier: 7 Actionable Tips 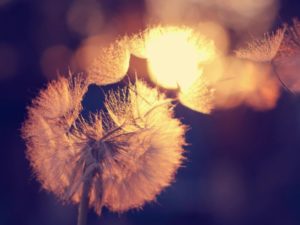