How about another monthly happiness report? I want to talk about December 2017, and what my happiness looked like at the time. December 2017 was a pretty solid month for me. It was busy at work, sure, but I was quite happy throughout the entire month. Also, my girlfriend had returned from her trip to Colombia, so I enjoyed spending time with my girlfriend again. More importantly, we decided it was time to start looking for apartments together. We were going to be moving into a new place together! Exciting times! 🙂

Before I dive into the details of my life in December, I’ll start things slowly. The table below shows my happiness data for this period in my life.

December was yet another very happy month for me! My average happiness rating was a nice 7.93, which was right where I wanted it to be. It was the last month of the year 2017, and it was great to end it with a very happy period.

2017 had been a great year for me! It will be very interesting to see all the details of the year in my “Yearly Happiness Statistics” post.

Let’s continue with my day to day happiness. I have tracked my happiness on every single day in December 2017, and I want to show you what the results look like!

The chart below visualises exactly what my happiness ratings looked like throughout December 2017. I have added some comments here and there to add context to this data.

This chart looks really similar to the previous couple of months!

My happiness was really consistent throughout the entire month again. It shows me that I was doing something right!

So my girlfriend and I started apartment hunting! During her trip through South America, my girlfriend had arranged an interview at a company. And this is where it starts getting crazy. Just 2 days after the interview, she was hired and had to start work. I kid you not.

So we were suddenly both “working adults”. It felt pretty strange, actually. I had been working for more than 3 years already, as I started my career WAY BACK in 2014.

Now that we were both working and earning a full-time income, the next step was to start looking for apartments together.

We were quick to submit all the necessary documentation and spent the rest of the month waiting for the news. Did we get the apartment?

We didn’t get to hear the results in December, but I received a GREAT phone call during my first day of work on the 3rd of January 2018. We had gotten our apartment! Hurray!!! More on that in the next post, of course 😉

Anyway, December consisted of more besides the apartment hunting. Let’s have a look at what exactly moved my happiness during this busy month!

The table below shows all the happiness factors that influenced my happiness in December 2017.

I have not only tracked my happiness on every day during this month. No, I’ve also tracked every factor that has influenced my happiness. I determine every significant positive and negative happiness factor. It’s a critical part of my method.

This table confirms just how happy I was in December. It was a great month for me, as I got to do most of the things that generally make me a happier person.

I spent a lot of great time with my girlfriend and not just with the apartment hunting. We tried to do as much fun stuff besides looking for apartments. It was important for us to relax every once in a while.

Relaxing has always been a critical part of my happiness. If I don’t get to slow down once every couple of days, I tend to become stressed. This almost happened multiple times in December, as my work just happened to also be really busy.

A peek inside my happiness tracking journal

With that said, I want to show you another one of my happiness journal entries. I wrote the following on the 21st of December, and this happened to be a really busy time. Work was eating a lot of my time, and the rest of my free time got devoured by our apartment hunting quests. It was BUSY, but I still rated this Thursday with an 8.00 on my happiness rating scale! This is what I had to say about my day:

Great day! It’s been really busy though. I feel like I’m running on full speed. I’m not yet overwhelmed though, as I’m feeling pretty efficient. I’m talking strictly about work here.

My efficiency outside work is not too great. I don’t have a lot of free time to work on the stuff I like, with the apartment hunting and all. I’m glad I’m a fully functioning cog in the machine now though.

Anyway, I did plan an apartment sighting, which I think has real potential. My girlfriend is really excited for it, and so am I. I think this could be the one. It’s a good thing that my girlfriend and I have such similar taste, as we don’t have a lot of arguments. I’m really glad about that.

Spent the night at my girlfriend, and visited a couple of furniture shops (AGAIN). Nothing exciting, really… All in all, it was a pretty good day. Busy, but good!

I think this excerpt shows you a lot of what my life was at the time! I track my happiness like this every single day.

Let’s see how this influenced my positive happiness factors.

The chart below shows all the positive happiness factors of December 2017.

As you can see, December was a great month for my personal relationships! I not only enjoyed spending time with my girlfriend, I was also really happy to have some quality time with both our families.

My girlfriend’s family took us on a very relaxing weekend to a park in the Netherlands. It was great to spend a nice and quiet weekend in the forest, free from the daily stresses of work and apartment hunting.

The Christmas period was REALLY nice. These couple of days were actually the very best of the month. We had a great dinner at my parents with the entire family and enjoyed a Christmas turkey together. The day after, it was almost exactly the same with my girlfriend’s family. Good times!

It was a really nice ending to a great year.

Let’s see what factors had a negative effect on my happiness!

The chart below shows all the negative happiness factors of December 2017.

Only 8 factors had a negative effect on my happiness in December. Only eight!

This number is actually really impressive. I’ve experienced MUCH worse months. For example, when I was in a terrible long distance relationship with my girlfriend.

What I do want to mention, however, is that I took the entire month off of running. I had been struggling with a NASTY chin splint for quite some time and decided to stop running in December altogether.

Didn’t I have a marathon planned in December?! Wasn’t I going to run 2 marathons in 2017? Wasn’t it one of my very personal goals?!!?

Well, at the end of November, I decided it wasn’t going to happen. It sucked, definitely, but it was the wise decision.

The weather was not that great for running anyway… 😉 And I knew there would certainly be another marathon in 2018. I had to stay patient.

And that’s the last monthly happiness report of 2017! December was a great month and a very nice ending to a beautiful year. 2018 was going to have an interesting start, as my girlfriend and I had to start thinking about decorating our new apartment! Exciting times, certainly!

As usual, I am going to analyse the complete year of 2017 in a separate post. I want to learn as much as possible from the data that I collected, and want to do everything I can to remain this happy! 🙂 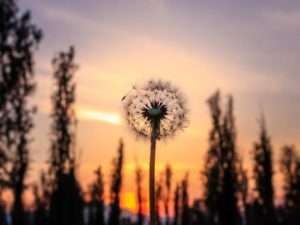 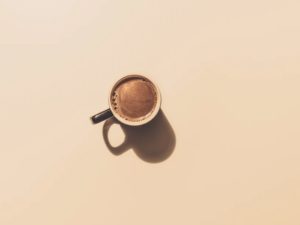